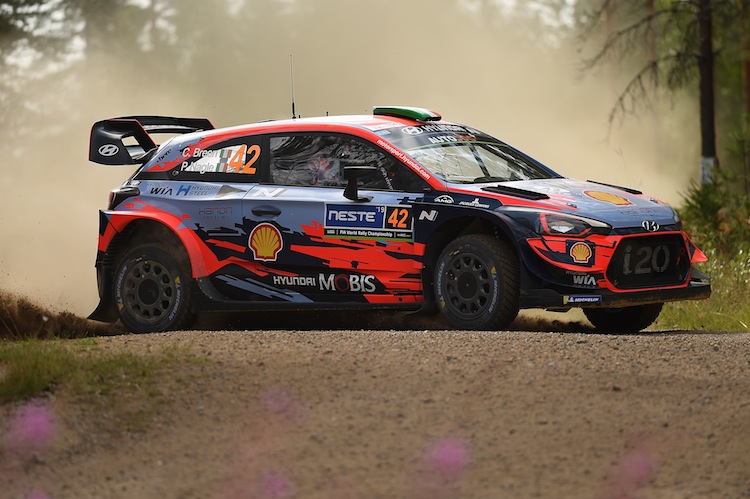 Waterford’s Breen and co-driver Paul Nagle made a return to WRC action today in round nine of the World Rally Championship.

Breen competed at the 2019 Donegal International Rally in June.

On the third day of that event, Mr Kelly lost his life in a crash on Special Stage 15, Fanad Head and the rest of the rally was cancelled.

Mr Kelly’s death sent shockwaves through the country. Breen was a close friend and the front of his Hyundai i20 bore the lettering ‘Mandy’ in memory of the Glenswilly man.

“I had a tough couple of months,” Breen said.

“I carried one of my best friend’s name on the front of the car all weekend. Mandy, we really miss you, boy.”

Breen and Nagle finished seventh in the rally won by Ott Tanak, who powered to his third win in four outings.

Breen said: “It’s pretty amazing, I have to say.

“I’m like a broken record, but I get all emotional at these things. I was in an extremely dark place for a few months. People have come to the rescue and they all know who they are. It’s so nice to be back at this level again. I enjoyed it immensely.”