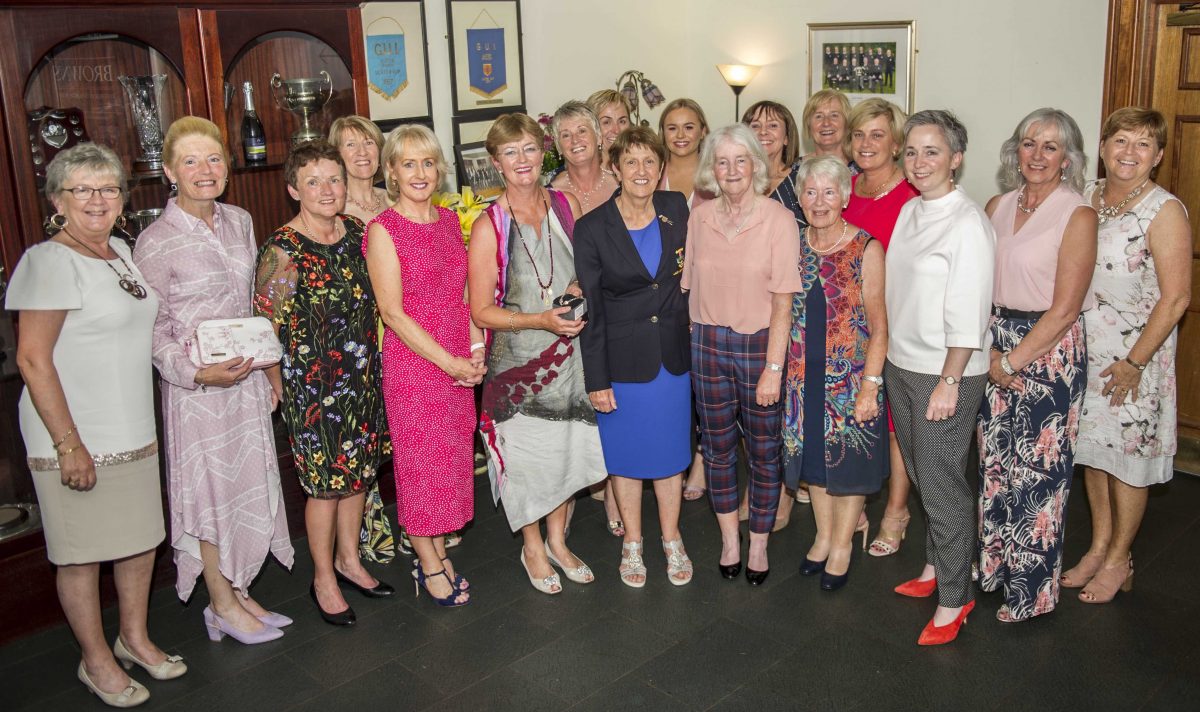 Katrina Rainey saw off stern competition to take home one of the most prestigious prizes of the year, claiming her second major honour of the year.

Full club notes and results below:

Mary Beth McBrearty (34pts) saw off Eileen Williamson in second (33pts) and Sarah McBrearty in third (28pts) to win the club competition at the end of last month.

On Wednesday 31st July the Junior Cup Team Captained by Anne Cannon headed to Belfast where unfortunately they were beaten by Shandon Park and so they now bow out of that competition and that ends all our team efforts for this season.

Well done to all of you who represented our club and thanks for the commitment and effort involved.

The first of the Lady Captain’s competitions got underway on Thursday 1st August with the 3 Ball  Scramble which was won by Ellen Russell, Caoimhe Lafferty and Sonia McClean.

The Lady Captain’s Mixed Foursomes played on Friday was won by Charlie Coughlan and Ellen Russell. Ellen is enjoying her golf these days and featuring regularly on the podium. Great for the club to have so many talented juniors coming through.

Saturday 3rd August dawned and golfers woke up to a pleasant day. Lady Captain Angela Bradley greeted competitors in the clubhouse prior to play where they keenly eyed the wonderful array of prizes and pondered who would be the recipients!

As usual, there were lovely treats and home bakes to enjoy as is a tradition in Barnhill.

Forty-eight ladies competed for the most prestigious prize of the year and the good scoring reflected the clement weather and the pristine condition of the course.

It was Katrina Rainey who took the honours claiming her second major of the year having earlier won the voucher competition in May.

Katrina was both surprised and delighted with her win and spoke of the emotion of the occasion as she reflected on her late father’s previous wins in Barnhill in days gone by.

She looks forward to the challenge of her new handicap – well done Katrina.

The runner up Marian O’Sullivan is worthy of mention also as she returned a  gross score of 79 – that’s 40pts. playing off a handicap of 10. Wonderful golf Marian well done to you too.

Browns, as usual, provided a delicious meal and following speeches and presentation of prizes Lady Captain Angela joined by family, friends and fellow golfers all enjoyed a great night’s craic dancing into the wee hours.

Next week’s competition on Tuesday 13th will be V-Par and The Little Angels Open is on Thursday 15th.

Final Major of the year will be the President’s Prize to the Ladies (Mr.Brian O’Reilly) which will be on Tuesday 20th.