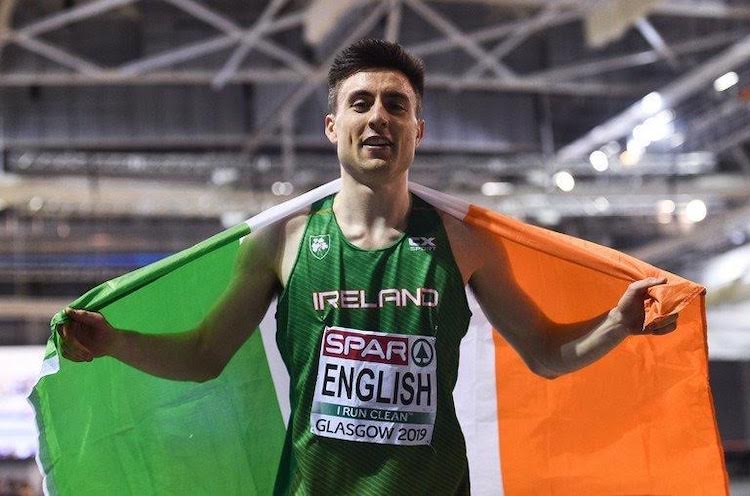 MARK ENGLISH’S hopes of qualifying for the 2019 World Athletics Championships hit a stumbling block tonight when the Letterkenny man pulled up during a race in Cork.

English, a three-time European medalist – including an indoor bronze from this year’s version in Glasgow – stepped off the track with around 200m to go.

English was competing in the 800m at the BAM Cork City Sports at Cork Institute of Technology.

The 26-year-old Letterkenny man recently won his seventh Irish 800m title last month in 1:48.15 and has been chasing the 1:45 standard to make it to Doha.

English finished second in the 800m at the European Team Championships on Sunday.

English was fourth at the bell and there didn’t seem any indication of difficulty but, with around a quarter of the race to go, English withdrew.

He had been due to take part in the Diamond League in Birmingham this Sunday, but it remains to be seen whether the Donegal man will be able to go under starter’s orders.