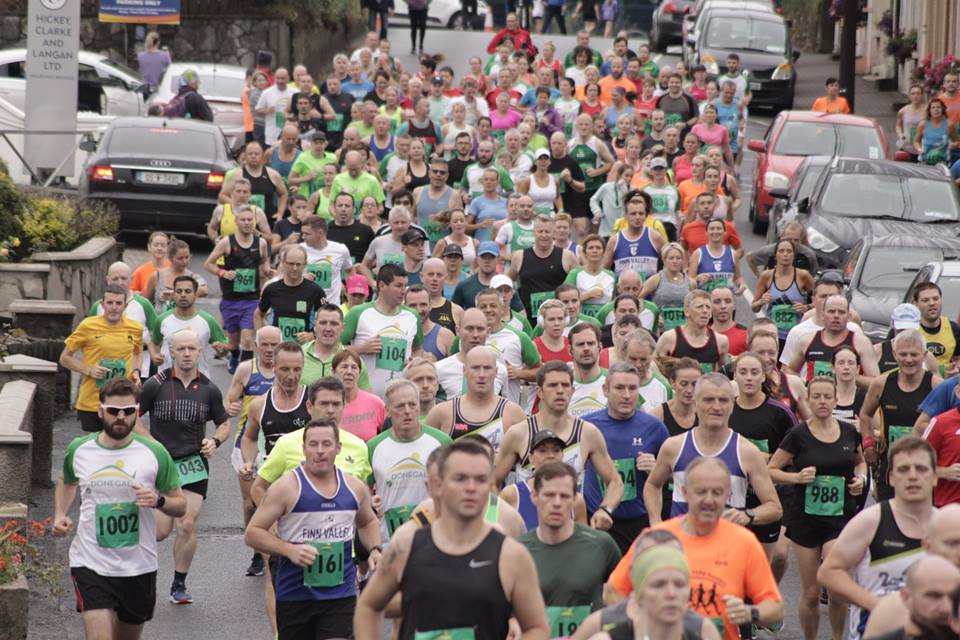 Over 400 to take part in Sunday’s Donegal Half Marathon

A last-minute demand for places in Sunday’s Donegal Half Marathon is expected to bump up the overall entry to well over 400.

Between relay teams and individuals, around 340 took part in last year’s Donegal Half Marathon in Letterkenny. With online entries closing at 5pm on Friday, race director, Brendan McDaid, says there has been a late surge for places.

“There was a big uptake in entries before the early bird offer closed earlier in the summer, and as in previous years, there is another rush in the final week,” the race director commented

“Entries are up going into the final week compared to the same time last year which is great. With so many preparing for marathons in Dublin, Berlin and the US later in the year, the Donegal Half Marathon is perfectly placed in the calendar – it’s four weeks after the Danny McDaid which attracted a field of over 200 and it’s ten weeks out from the Dublin City Marathon which is ideal,” he added.

“The race gets underway at Ballymacool close to the Aura at 9.20 and we are appealing to road users to expect some slight delays at the for a short time around the starting time of the race,” Brendan said.

“The course takes in three miles around the town before heading out to Conwal and back in by Rockhill via Rashedog and New Mills before finishing on the track.

“The public have always been extremely understanding in previous years and we are planning to keep the flow of traffic moving as freely as possible with the help of the gardai and race stewards,” he added.

There will be a total of five water stops along the 13.1 mile route – one every three miles with the final stop located 1K from the finish.

“Apart from the Port Road early on and a rise around halfway, it’s a fairly flat course which has the potential for fast times. We’ve had a good interest in the relay event which involves teams of three, with each member completing 7K.”

A children’s 1k fun run is planned for 10 am after the half marathon field passes the Aura Centre on the way out of town.

“We have had a great response to the children’s race and registrations will be taken for this from 9 am at the Aura Centre,” he commented.

The overall winner of Sunday’s race will receive the Dessie Larkin Perpetual Shield. Dessie Larkin, who died suddenly at his home back in March, was chairman of the Donegal Half Marathon Committee.

“Dessie was a real champion of the event and it was himself and Paddy Hanningan who kicked off the Donegal Marathon and Half Marathon back in 2014. As a committee, we felt it was important that we mark his huge and valuable contribution.”

Dessie’s wife, Mary, who is competing herself in Sunday, will present the Dessie Larkin Perpetual Shield to Sunday’s winner.

Over 400 to take part in Sunday’s Donegal Half Marathon was last modified: August 14th, 2019 by Staff Writer