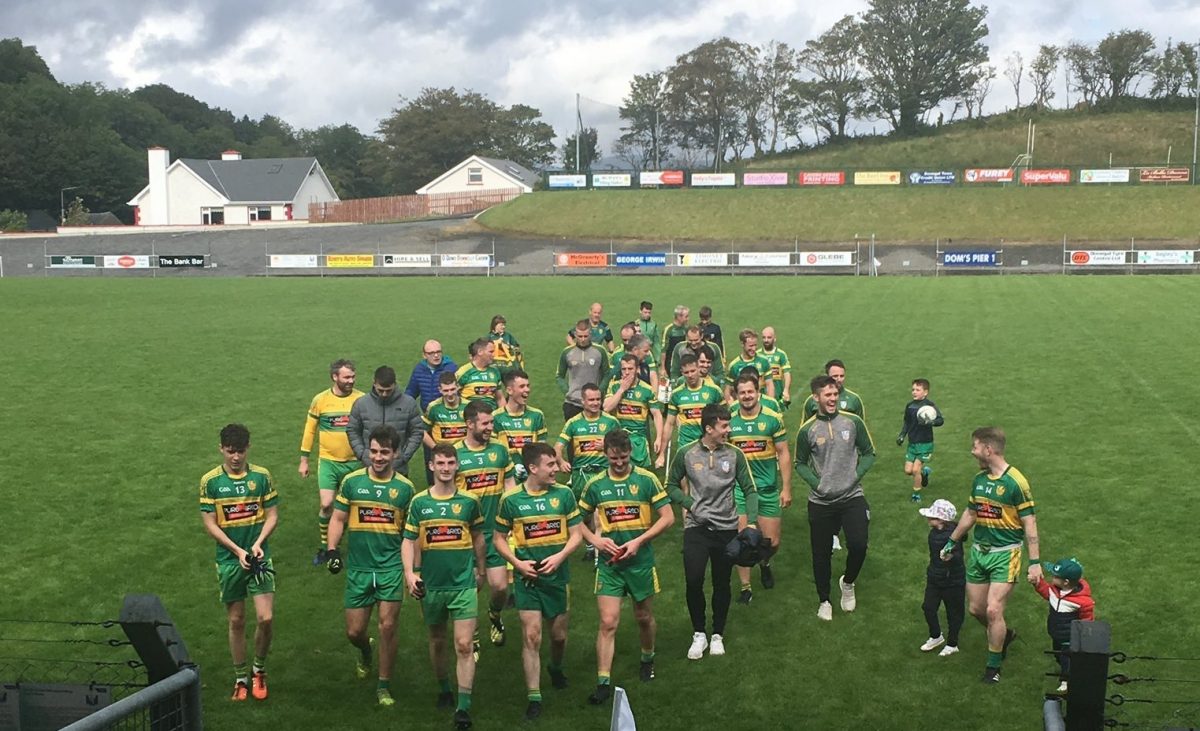 ARDARA secured the Division Two League title and promotion to Division One thanks to a routine win over Four Masters at Tir Chonaill Park.

Defeat means that Four Masters are now clinging to Division Two status by their very fingernails, but Ardara are back into the top flight again.

Niall McCrossan hit seven points for Ardara as they end a three-year spell in the second tier.

The Kentucky men led 0-6 to 1-1 at half-time, with the Four Masters goal arriving from the boot of Sean O’Kennedy in the 25th minute.

Johnny Sweeney and Peter Oliver McNelis helped to give them the two-point lead at the break.

Veteran Barry Dunnion was sent off to add to the woe for the home team in the second half, but Ardara clicked seamlessly through the gears, with Lorcan O’Donnell and Gareth Concarr hitting a brace of points each.