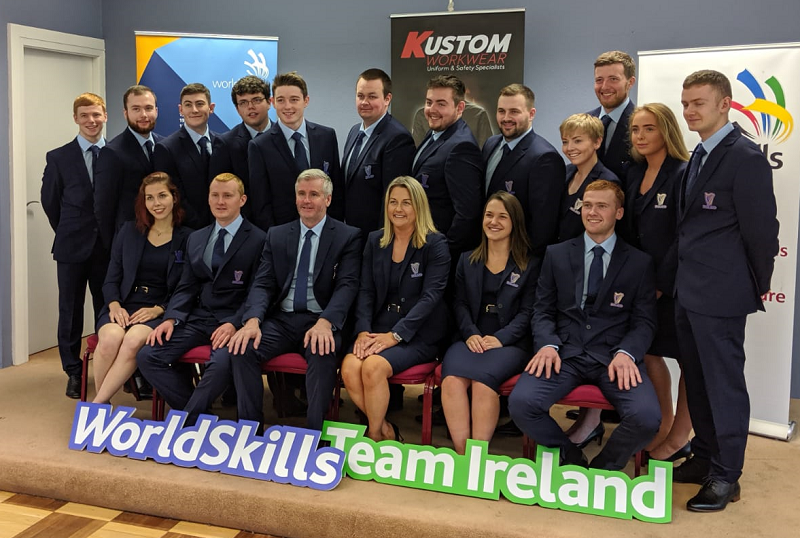 There will be a strong Donegal presence in Team Ireland at the WorldSkills world championships in Russia this week.

Seventeen young Irish craftspeople and apprentices are flying out to compete in the major competition.

Donegal ETB Welding instructor Cathal McGee will be travelling with the group to Kazan as a WorldSkills Ireland Expert. This is the first time ever that welding staff from any ETB in the country have been appointed to this position.

Mark Wasson from Gartan will compete in the category of Joinery. He is a student of Dundalk Institute of Technology.

Also competing is Christopher Kehoe from Wexford, who honed his welding skills with Cathal McGee at Donegal ETB.

The WorldSkills competition attracts more than 1,600 apprentices from over 60 countries every two years. There are competitions in 56 skills across a wide range of industries. The event will run from 22nd-27th August.