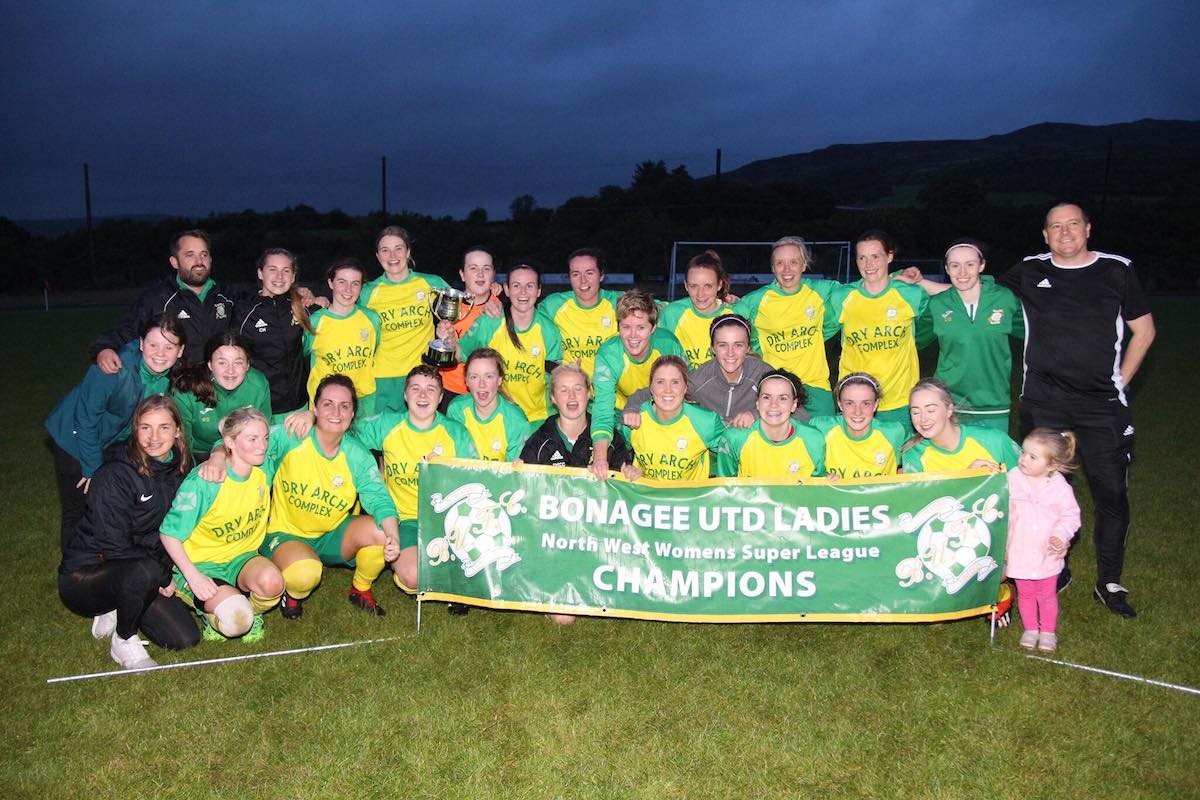 Bonagee United Ladies clinched their first ever Super League title on Thursday night in dramatic fashion as Chris McNulty’s side put in another stellar performance to see off last year’s champions Illies Celtic.

A superb hat-trick from Geraldine McLaughlin alongside some heroic defending led by Maureen O’Donnell gave the newly crowned Women Super League champions the edge in the final 20 minutes.

After the 70 minute mark, McNulty’s outfit, 3-1 up and in a comfortable position, conceded their dreaded second.

But in a cracking encounter from start to finish, they soaked up immense pressure in a nerve-biting final six minutes to clinch an impressive and historic 3-2 victory.

Speaking to Charlie Collins following the final whistle, Bonagee United Ladies manager Chris McNulty said it was a massive day for everyone involved with the club.

“It is not often that I am speechless but I am very close to it tonight,” he said. “We saw this was close for the last couple of weeks and we were a bit scared to talk about it because you don’t want to tempt fate.

“But there are a lot of players, like Natalie McFadden has been waiting for 16 years for a moment like that.”