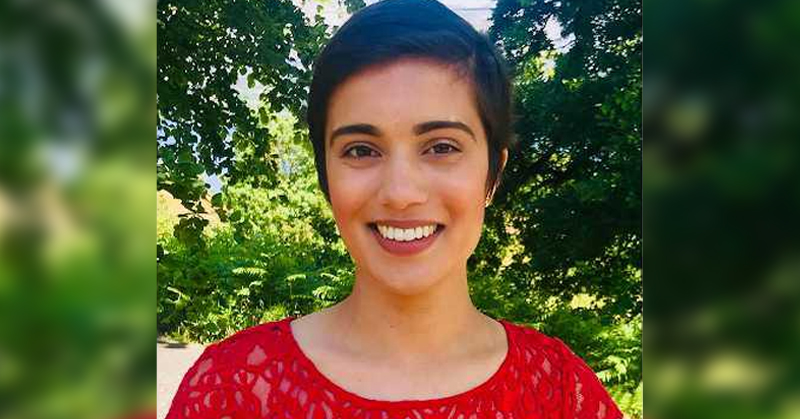 Donegal Rose to bloom in Tralee

Chloe Kennedy from Donegal Town is about to have her big moment representing Donegal in the Dome as she takes part in the 60th Rose of Tralee International Festival.

The 20-year-old is one of 32 Roses who will be joining host Daithi O Sé for live televised interviews over two selection nights.

Chloe will be appearing on the stage on Tuesday night for the final round of interviews. She will have a large crowd of friends and family supporting her in the Dome, while many more people will be cheering her on from home.

Chloe will reign as the Donegal Rose for the next two years, due to new competition changes.

And she is already relishing the ambassadorial role, having taken part in photoshoots, a parade and many events at home during the summer and this weekend in Kerry.

Chloe has been sharing an important message of health and positivity during her Rose journey, having overcome cancer this year.

She was diagnosed with Hodgkin’s lymphoma near the end of 2018 and underwent 12 sessions of chemotherapy.

Chloe deferred her psychology studies at Maynooth University to undergo treatment and received the all-clear shortly before being crowned as the Donegal Rose.

“It was tough but I consider myself very lucky. Cancer touches so many people, but if I can raise awareness of it I’d tell people to be aware of your body, if you notice something’s up then go with your gut feeling and go to your doctor,” Chloe told DonegalWoman.ie

Chloe is the eldest of three girls and the Rose competition was always a popular event in their home. She is the daughter of Jenni Timoney and Pauric Kennedy, the Mayor of Donegal Town.

She is a firm believer in using positivity to overcome life’s hurdles.

“A good mental attitude will get you through anything. We all have bad days. But you tell yourself it will be okay and you will pick yourself up,” she said.

Chloe is also keen to encourage other young women to enter competitions such as the Rose of Tralee.

“You are learning valuable skills and making friends and your whole family comes together to support you. What more could you want, it’s fantastic!”

Another contestant with close Donegal connections this year is the Boston and New England Rose Tanya Stanley, whose mother Theresa Stanley (née O Rourke) is from Ardara.

Letterkenny man Ciaran Cannon is also enjoying the festival as a Rose Escort.

The Rose of Tralee Selection shows air on RTE One this Monday and Tuesday at 8pm on both nights.