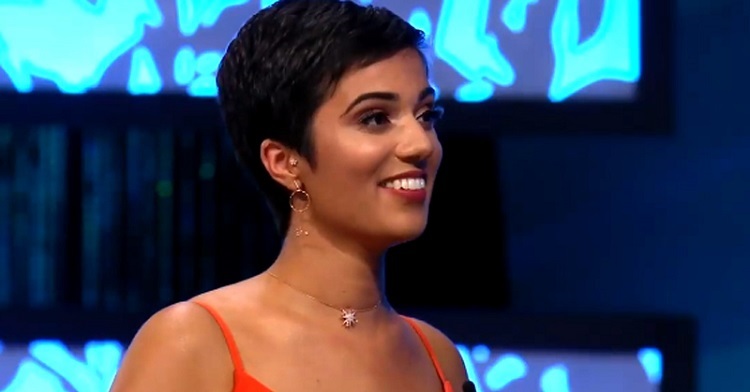 Donegal Rose Chloe Kennedy has been praised as a brave, beautiful and positive young woman after her appearance in the Rose of Tralee final.

The 20-year-old Psychology student from Donegal Town missed out on winning the crown – but she was a winner in many eyes after her uplifting interview.

The overall winner was the Limerick Rose Sinead Flanagan.

Donegal Rose Chloe started her interview on a high note, with a big ‘Up Donegal’ filling the Dome. She earned a big round of applause for mentioning her fondness of ‘the sesh’ and she got a wonderful surprise when she got a celebrity message sent in from Majella O’Donnell to wish her well.

In her interview with Daithi O Se, Chloe opened up about the shock of her recent cancer diagnosis.

She was diagnosed with Hodgkin’s Lymphoma at the end of last year and spoke about the impact it had on her and her family.

“It was harder seeing what it did to other people,” brave Chloe said about her illness.

“I found a strength in myself that I didn’t know I had.”

Laughter filled the room when Chloe revealed that, despite her challenging year, she was fond of the sesh! She said that she had good weeks and bad weeks while having chemo treatment, and the good weeks would involve seeing friends and going for a few drinks.

Chloe’s treatment was a success, and she said that hearing she was cancer-free was a ‘phenomenal’ feeling.

“It’s the best feeling in the world. I hope so many people who get that diagnosis hear that as well,” Chloe said.

Chloe had her proud parents – dad Pauric Kennedy, mum Jenni Timoney, stepdad Donal Gallagher, and many more family members and friends cheering her on in the audience.

But one famous face was cheering her on from elsewhere – Majella O’Donnell.

Chloe mentioned how Majella’s famous head shave on the Late Late Show inspired her as she prepared to shave her own head. “If she can do it, then I can do it,” Chloe said.

In a heartwarming surprise moment for Chloe, a video clip was shown from Majella wishing her luck and strength.

Viewers on social media have praised Chloe as an amazing young won who has done her home county proud.

Loving the Donegal Rose … 11 months after receiving a cancer diagnosis, 4 months after finishing chemotherapy and she is standing like a champ on the rose of tralee stage #inspirational #donegalroseforthewin #roseoftralee

What an inspiring story from Donegal Rose, Chloe Kennedy. Powerfully, heartfelt, honest & positively inspiring description of her experience of living with #Cancer#RoseOfTralee2019 #RoseofTralee#cancersurvivor