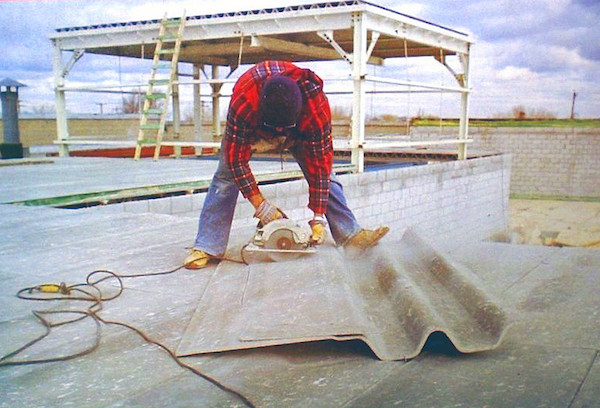 A coroner’s court in Co Donegal has heard how two men died after they worked with asbestos on building sites in England.

The separate inquests of the men, who did not know eachother, were held at Letterkenny Courthouse.

Both Charles Quinn, from Meencally, Donegal Town and Charles Cuinnea, from Doonalt, Glencolmcille died as a result of cancer which arose from working with asbestos.

Coroner Dr Denis McCauley found that both men had died as a result of an industrial disease, Mesothelioma.

“This is a unique cancer and only comes from exposure to asbestos,” he said.

A report from the UK’s Health and Safety Authority in 2017 showed that more than 2,500 people have died from Mesothelioma cancer.

The cancer attacks the lining of the organs and is almost exclusively linked to exposure to asbestos.

Many families have already instigated legal proceedings against the British Government as a result of their deaths from exposure to asbestos.

Charles Cuinnea’s son Terence told Letterkenny coroner’s court how his father had worked on building sites and in tunnels in England but returned home to Ireland raise a family in the 1970s.

He worked as a barman in a hotel, as a school but driver but his son said he never recalled him working in construction here.

He developed Mesothelioma and died in April in the Donegal Hospice at the age of 78.

Charles Quinn had also worked on building sites across England

In a High Court deposition taken shortly before his death Charles Quinn said he worked on building sites in England between 1990 and 1995. He laboured on a site that had been bought up by a hotel group.

There were 200 men working on the refurbishment project which Mr Quinn described as a “dirty and dusty” environment.

Recalling one particular day, Mr Quinn said in his testimony, “One day I saw a man wearing what I can only describe as a space suit. I did not see where they were or why. But I do recall seeing pipe work lagged with asbestos.”

Coroner Dr Denis McCauley said both men had died from an industrial disease as a result of being exposed to asbestos.

His ruling which gives an official cause of death to both families now leaves them open to pursue a legal action if they wish.

LUH was ‘close to being closed down’...