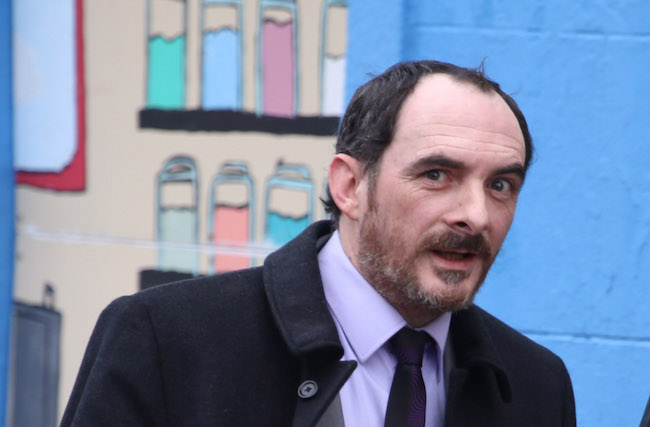 The son of a woman who died after waiting for almost an hour has warned others that the same could happen to them if they don’t act.

Brendan Porter’s mother Maura, aged 70,  died after she was struck by a car on her way home from mass in Carndonagh in December 2013.

Mr Porter spoke out after an inquest heard how a 71-year-old Letterkenny woman also died after she was waiting an hour for an ambulance to reach her.

Margaret Callaghan died after the ambulance took one hour to travel just a mile to her home at Mountaintop in Letterkenny.

Mr Porter fumed “People think this may never affect them but this is happening all over the country and other people are going to die because of it.

“We have campaigned for six years since my mother died because of an ambulance delay and nothing has changed.

“People need to lobby the Government and their local TDs now and not wait until their loved ones die waiting for an ambulance as we did,” he said.

The circumstances surrounding the deaths of both Mrs Porter and Mrs Callaghan are remarkably similar.

Both died as a result of a delay in ambulances being deployed from Letterkenny University Hospital because of “off-load delays.”

Mrs Porter lived 63kms from Letterkenny and despite being rushed to Altnagelvin Hospital in Derry, the mother-of-two died.

Because of protocol, ambulances cannot off-load patients until they are ready to be accepted by the hospital.

On the night Mrs Callaghan died in January 2018, there were two ambulances parked at the Accident and Emergency Department at Letterkenny University Hospital waiting to admit patients.

One ambulance waited outside for six and a half hours while the other waited for three and half hours, Letterkenny Coroner’s Court was told.

Mr Porter added that not only does Ireland’s ambulance service needs to be overhauled but new methods to get critically-ill people to hospital on time must be introduced.

“In Dublin you have some chance if you have an emergency situation but in rural Ireland you are completely fighting against the odds. Places like Donegal, Mayo and Cork all have so many inaccessible places.

“Of course the current ambulance response times need to be looked at and that includes the off-load delays and why they are still happening.

“In England, they often use small helicopters and I think we need to try something like that.