Members of the Sudanese community in Letterkenny staged a protest on Monday afternoon calling for freedom, peace and justice in Sudan.

The demonstration was led by 2019 local election candidate Thoiba Ahmed in response to the ongoing conflict in her native Sudan. She was joined by the Sudan Revolution support committee and Donegal TD Thomas Pringle for the protest on Main Street. 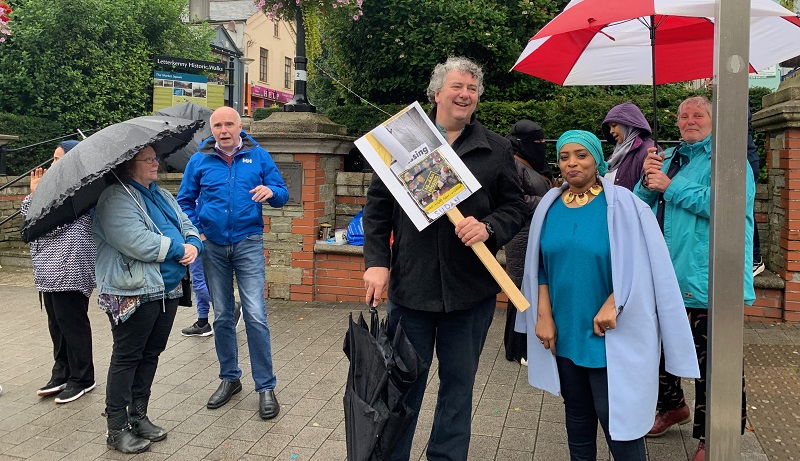 Ms Ahmed, who has lived in Letterkenny for over four years, is protesting as a show of solidarity with the Sudanese mission to achieve democracy and transition to a civil government.

Sudan has been facing a political crisis since April when the dictator Omar Al Bashir was ousted. A deadly attack was carried out on sit-in protesters outside an Army Headquarters in June, with at least 100 people killed and 400 injured. A large number of people went missing after the attack, but the total number is not known.

The Sudanese community of Letterkenny protested on Monday evening for those young people who have disappeared.

They also protested to show support to the March for Sudan – a six day walk taking place from London to International Criminal Court (ICC) in The Hague, calling for an international investigation into alleged crimes against humanity in Sudan since 1989.

Here, Thoiba Ahmed and Deputy Pringle talk about the importance of bringing the issue to Letterkenny: