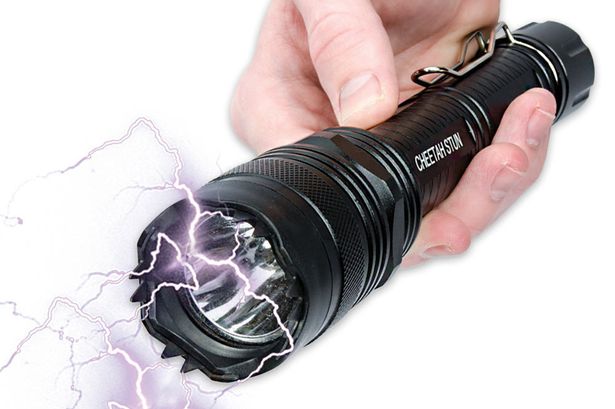 Woman caught with taser said it was for her own protection

A young woman who was caught with a taser gun said she carried it for her own protection after a previous experience.

Shauna Gallagher was caught with the taser which was shaped like a torch when stopped by Gardai at Manorcunningham on March 20th last.

Gardai had stopped the Subaru Legacy car which Ms Gallagher was traveling as part of a drugs investigation.

The taser was found in the back of the car and Ms Gallagher, aged 23, admitted she owned the instrument.

She told Garda Darren Carter that she had bought the taser online after she had suffered a previous experience.

Garda Carter asked if she knew it was illegal to own such an instrument and she said she did not.

She said she knew that the taser would give a sting to someone and would allow time to escape from a situation.

She told Gardai “I haven’t hurt anyone in my life. This is the first time in my life I have been in trouble and it is for trying to protect myself.

“I have this fear that something is going to happen to me. I wasn’t aware that it is illegal to have it and I have never used it.”

Ms Gallagher, of Riverview Apartments in Letterkenny was arrested and later charged with an offence under the Firearms and Dangerous Weapons Act.

Having heard the evidence solicitor Rory O’Brien said he was seeking an application to have the charge dismissed.

He said that Gardai could not prove that Ms Gallagher had intended to use the taser to intimidate or hurt anyone.

He also said that when the taser was seized it was in a public place but was in a private car.

Judge Paul Kelly said he felt there was an intention to use the instrument as the accused woman had admitted she knew it would give a sting.

However, he accepted the taser was found in a private vehicle parked in a public place.

Because of that the taser was not in a public place and it was in a private car which a person would have to be invited into if the taser was to be used.

Because of this the application to dismiss the case was accepted.

Woman caught with taser said it was for her own protection was last modified: September 7th, 2019 by Stephen