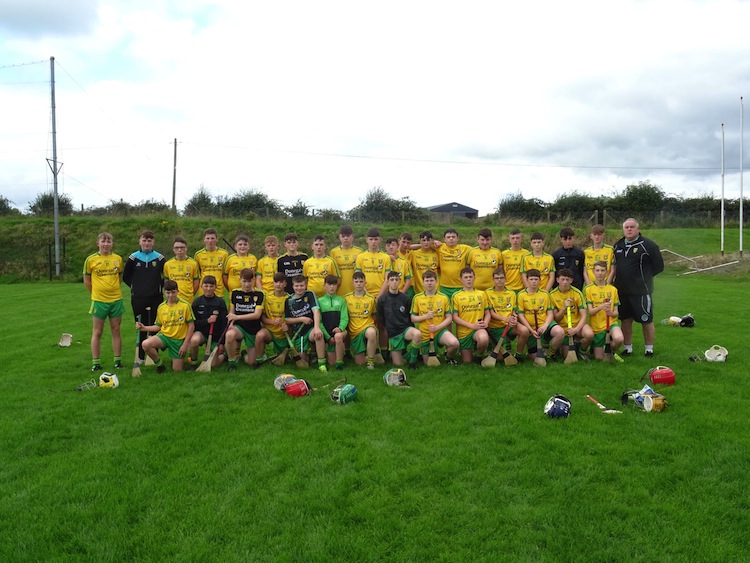 THE DONEGAL UNDER-14 hurlers took victory in the semi final yesterday in Monaghan when they took on the host team in their first game.

The win qualified them to play in the plate final and they took on Sligo, who overcame Fermanagh in their path to the final.

The Donegal men put in a brave performance in the final, battled hard but the Sligo men played outstanding hurling. Sligo were in top form and claimed the victory and the plate.

This is the end of the season for the U14  Donegal County team.

Thanks to all the players in this development squad who gave their best.

These boys will be successful in the future as this group of u14 boys played in an u15 competition this year and didn’t do too bad.