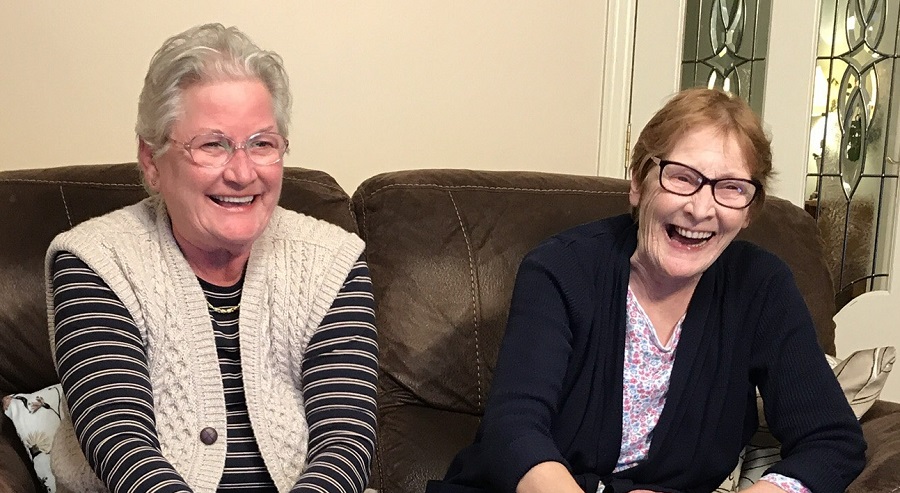 Two telly-loving sisters from Donegal will be introduced as the newest characters of Gogglebox Ireland when the series returns to Virgin Media One this Wednesday.

B&B owner Barbara Frost and retired social worker Janet Given have allowed cameras into their living room in Ardara to film their reactions to the week’s top TV shows.

The chatty duo will be Donegal’s first-ever family on the entertaining reality programme.

When Barbara isn’t busy running her own B&B at Auntie B’s, she’s around in her sister Janet’s house for a cuppa and a few hours of watching whatever’s on the box.

Janet is driven demented by Barbara’s compulsive cleaning, but Barbara insists that she needs to keep things spick and span for her own guests, so Janet should do the same. Although it’s all quickly forgotten when there’s a bit of music on in their local, where the ladies aren’t shy about getting involved in a good session.

Barbara is an avid rugby fan, admittedly, she says it’s to get a good look at the player’s legs. Meanwhile, Janet loves all things Irish on the telly and can’t resist a bit of Nationwide. Their ultimate night in is in front of a classic Hollywood flick!

Viewers can tune into Virgin Media One this Wednesday 11th September at 9pm to see Barbara and Janet’s debut.