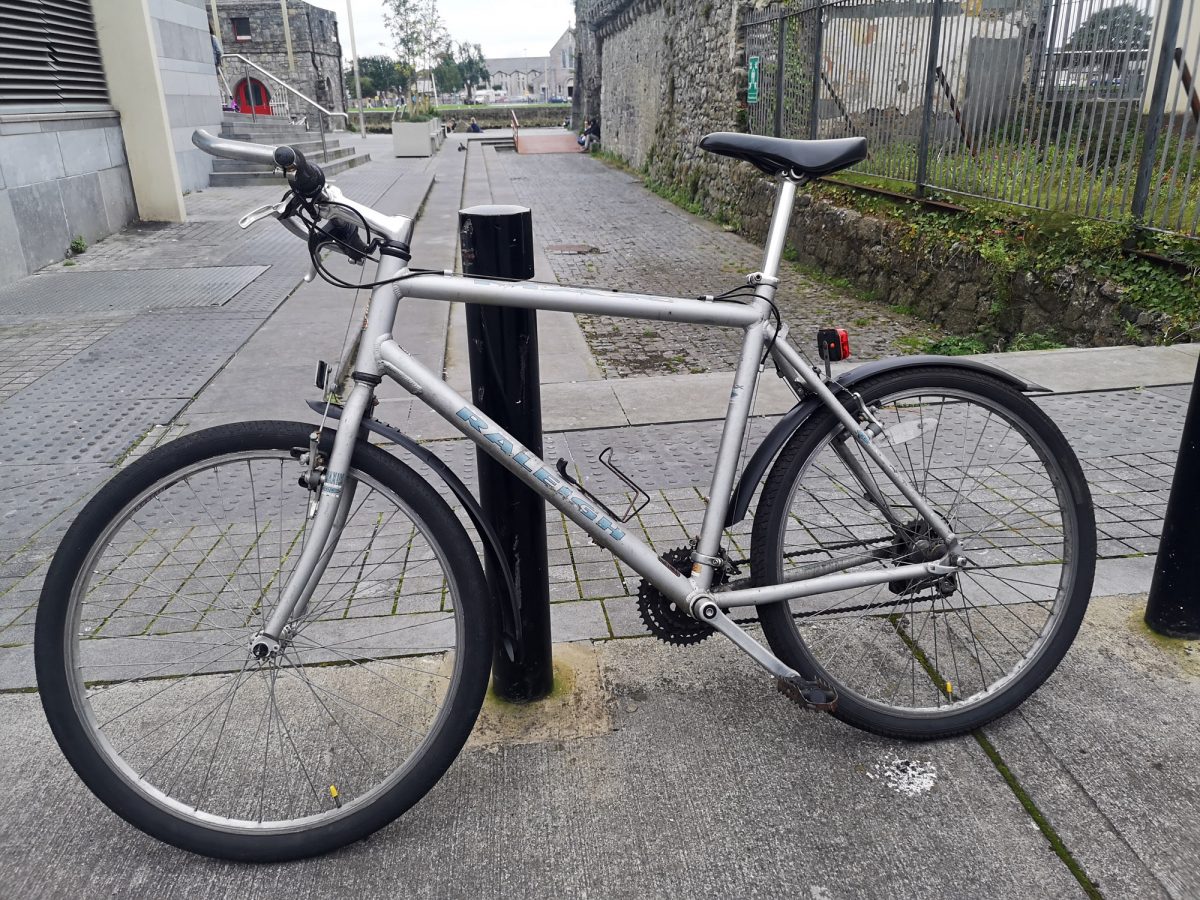 DD Motoring: A journey from Glenswilly to Galway

In the middle of the flit from one dwelling to another, Mollie climbed into the back of the van with thoughts of also joining the migration south for the winter.

The eight-year-old collie has watched this annual packing on a Sunday afternoon all her short life. 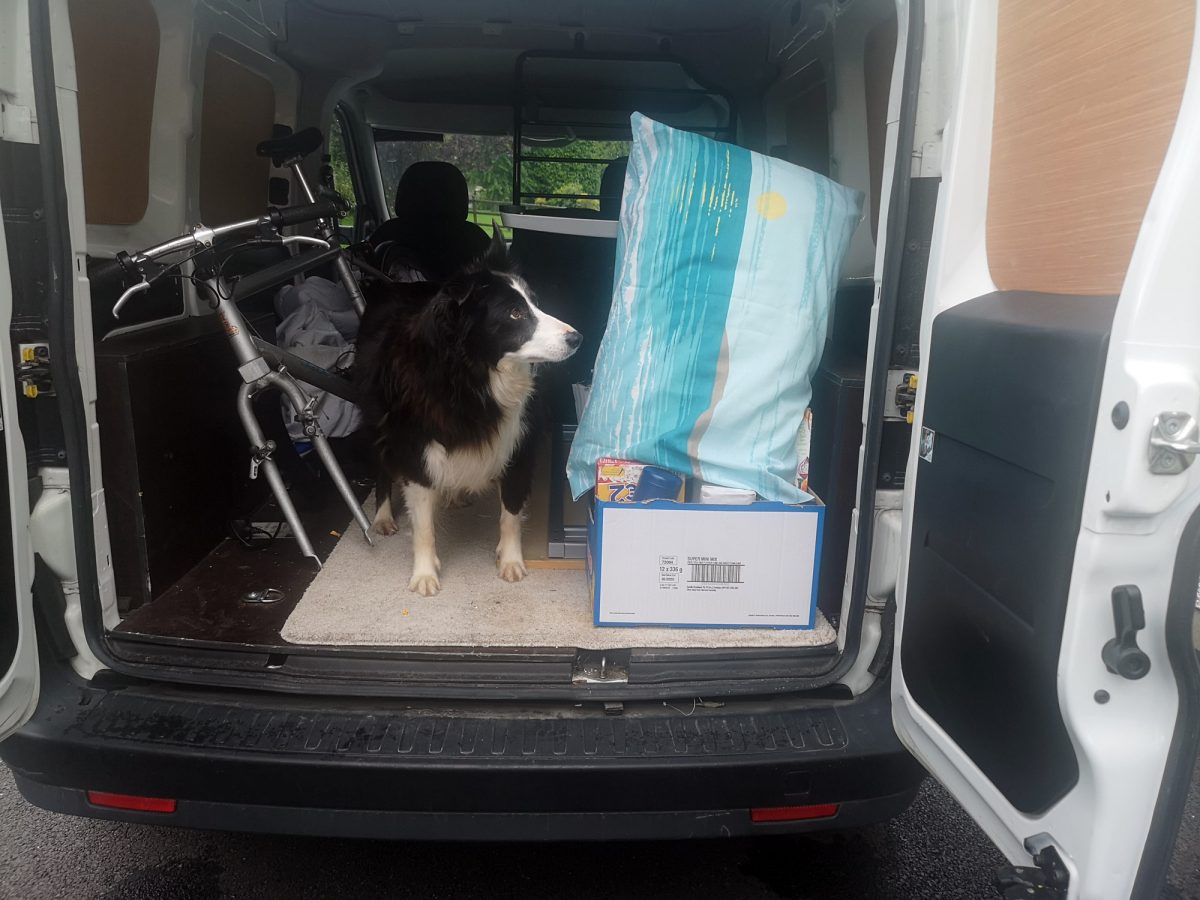 All onboard. Mollie trying to slip on board for the trip to Galway for in the incoming college term. Photo Brian McDaid.

By now she can sense when a new college term is about to begin as students start rummaging around the shed looking for bicycle pumps or combination locks or even a complete bike for the loan of for the winter!

It’s now four years older than the latest person to take alone of it for their college term in Galway.

At the weekend it needed nothing other than its chain oiled and some air in the tyres and treated to two mudguards from Letterkenny bikes and it was on its way to Galway as a third-year students mode of transport for the incoming term.

Purchased in 1996 from a Kerryman the late Tim Foley, who ran his business Church Street cycles from what now is known as Letterkenny Cathedral Quarter. 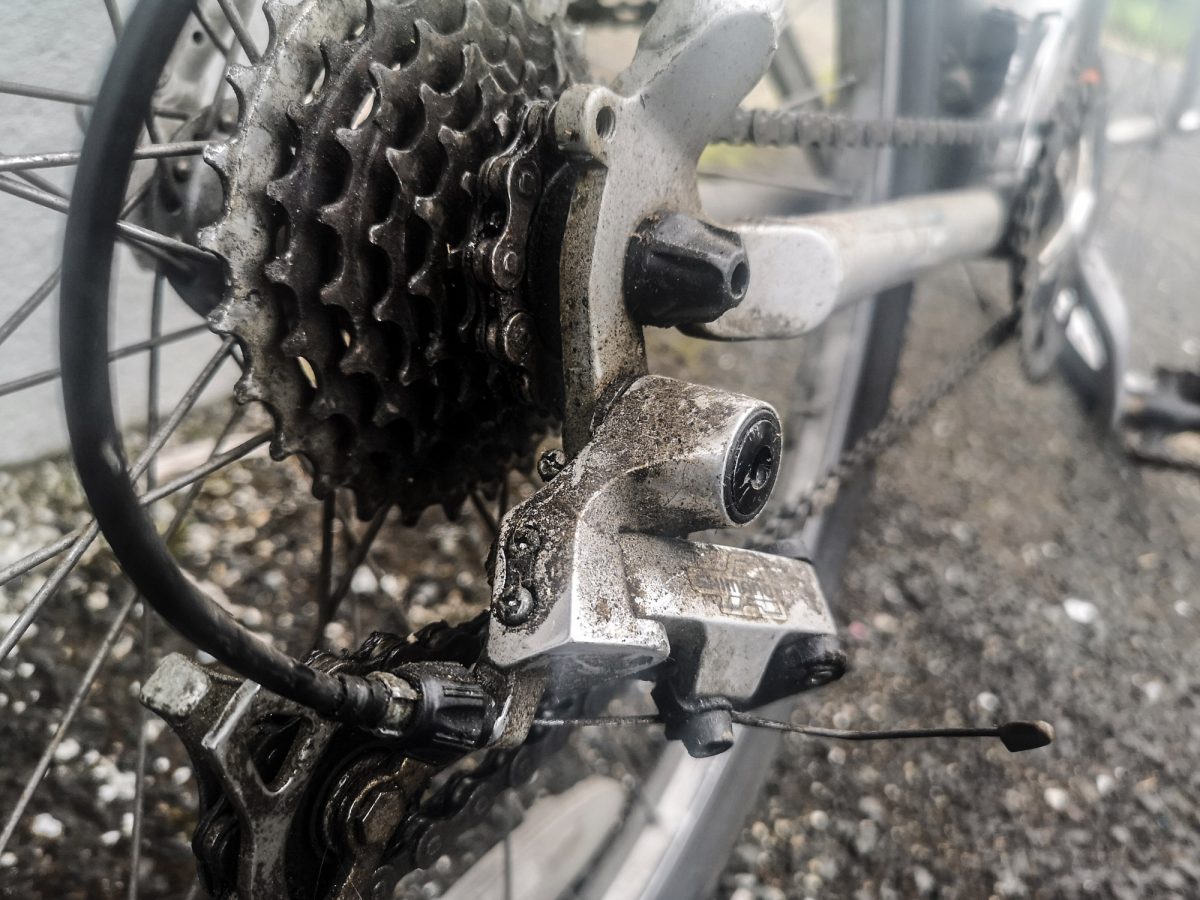 My first new bike, an aluminium Raleigh mountain bike was going to be the answer to beat the hills in Letterkenny and also in the process try and get me a bit fitter and less fat.

And at the start, it was a great achievement for me to cycle out past Conwal against the wind and get as far as Glenswilly.

At Christmas, a few ‘go-faster’ accessories from Santa in America, and the bike was back on the road and the new year resolution was back on track. 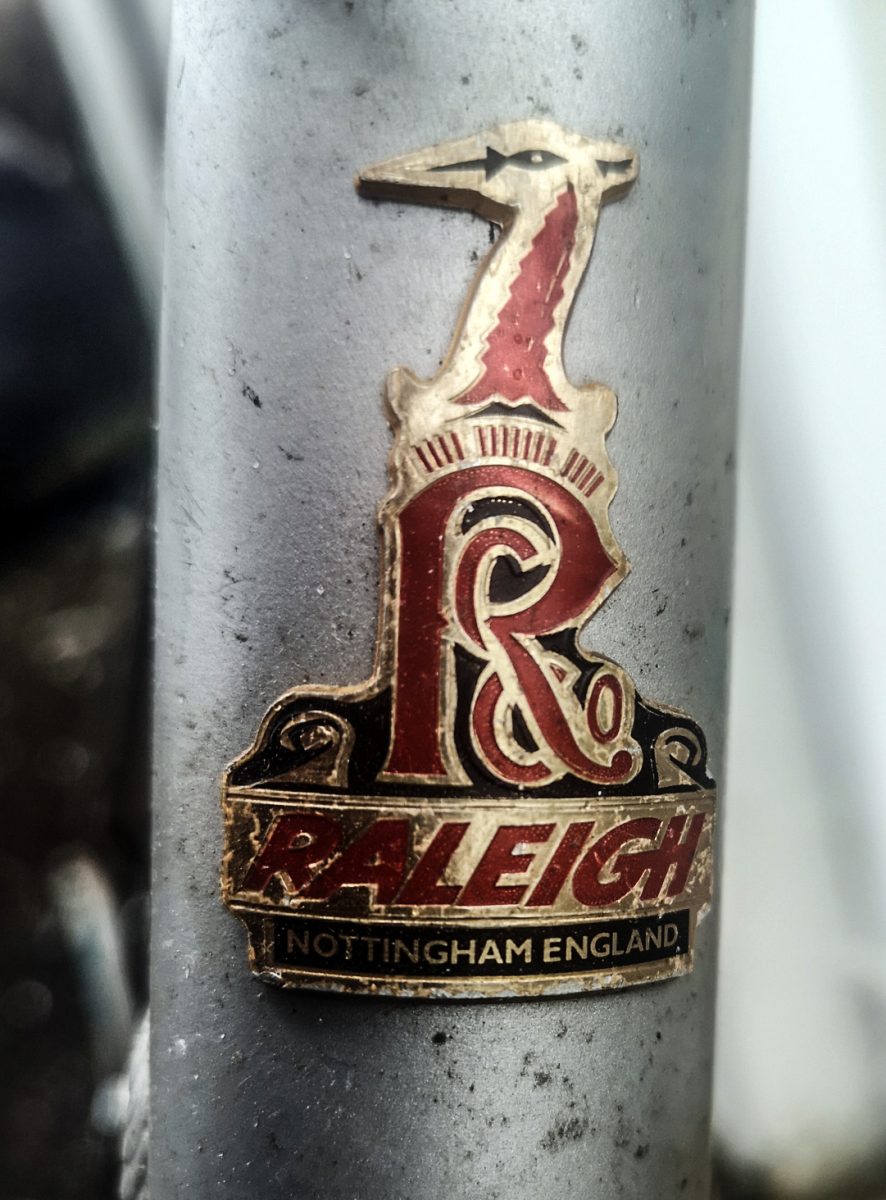 A proud crest from a different era on the Raleigh bike which made the trip to Galway this week. Photo Brian McDaid.

Altered with new American road tyres from “Santa”, which replaced the rough mountain tyres that came with the bike, it was a lot easier on the road, but it wasn’t long until the old excuses for not going out were creeping back in and the bike soon spent more time high on the garage wall than on the high roads out the Glen.

Over the years the bike was used more by the many generations of swallows that flew all the way up from Africa to start a family in our shed in Glencar, and them newly hatched chicks spent more time on the crossbar of that Raleigh bike than the owner as they used it as a launchpad to learn to fly for the first time. 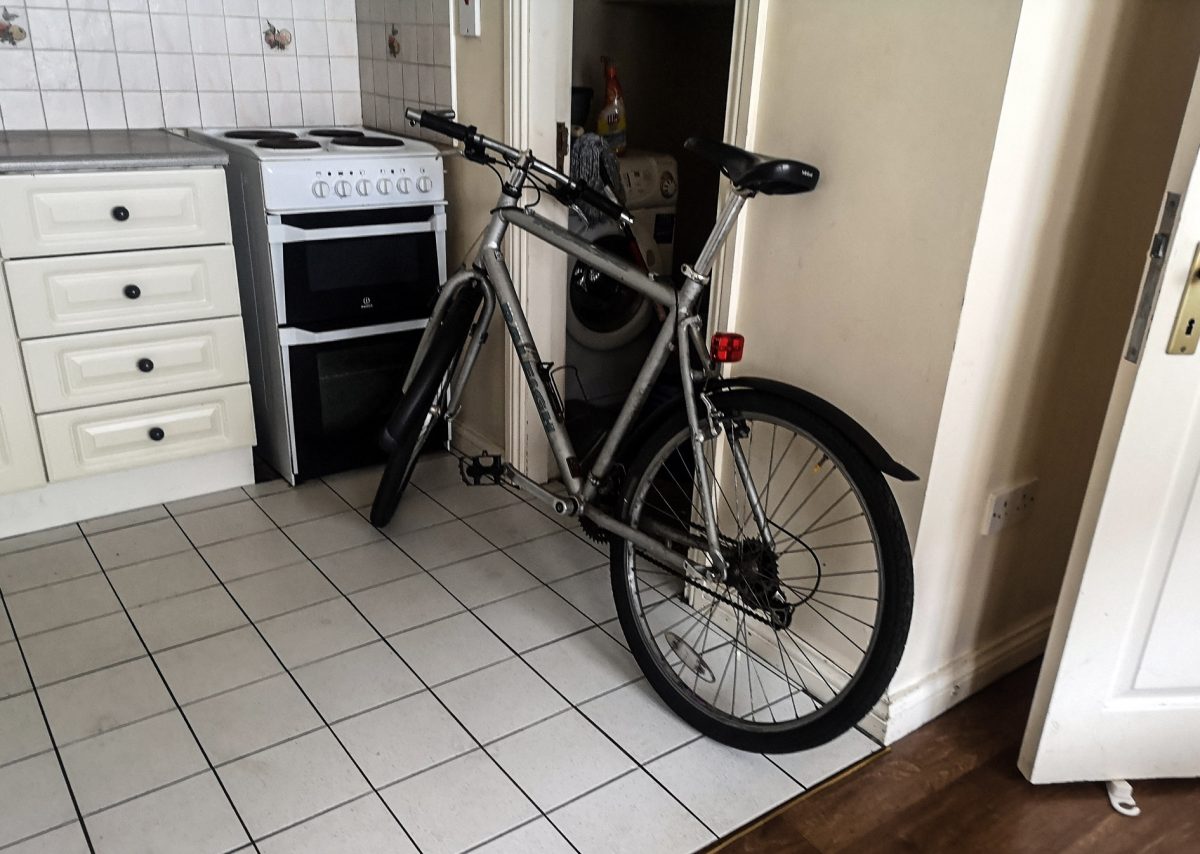 Park between the cooker and the washing machine the new home for an old bike in Galway. Photo Brian McDaid.

And it was the same for the human fledgelings who started on the stabilisers in and out the ramp at the shed door and progressed to “cool”, status, one of them even getting their bike resprayed in Subaru Blue in an era when they were big fans of Colin McCrea.

Colour is not that important anymore as longs it goes. The old Raleigh is on its second tour of duty something that most second-hand bikes don’t survive, between crashing up onto kerbs to lying out in a Galweg in winter of wet wet wet.

Its old combination lock even bears the teeth marks of a pair of bolt cutters that were making their way through the plastic covering and the steel inside before the bicycle snatcher’s progress was disturbed.

I was chatting to my uncle Hughie this week and bikes came up in the conversation.

I was telling him about the deal I got on the mudguards for €15 each, he smiled and paused, he told me that his first new bike cost him £15 and ten shillings which he bought from Phil Doherty at his garage in Pluck.

He then bought a three-speed hub and had it built into the rear wheel, which was a hard job to do and still end up with a true wheel. 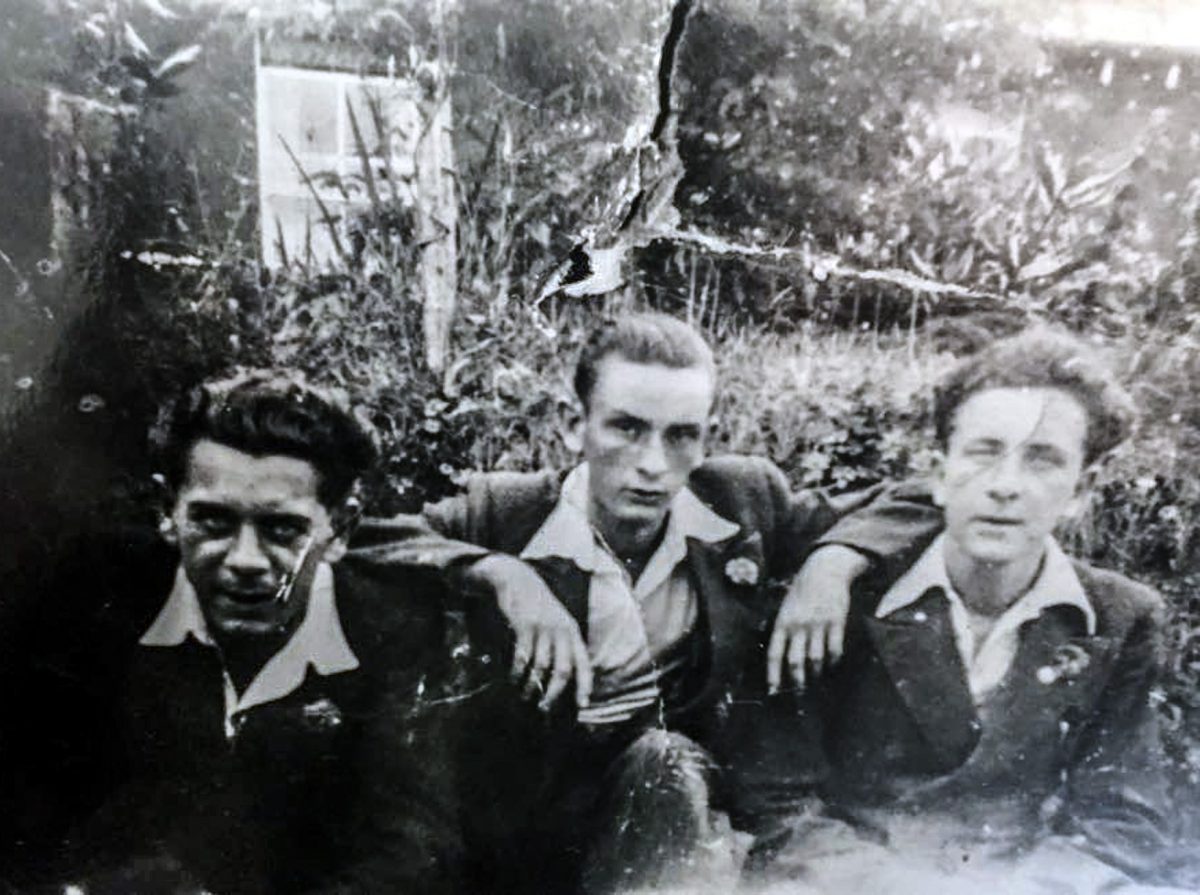 Hugh McDaid on the right of this photo who purchased his first bike for all of £15 and Ten shillings back in the day pictured with his brother, my father Fred and their best friend Hughie McGuigan.

£15 was big money back then my uncle reminded me, It was three or four weeks wages.

So this week our bike, has replaced the destination Glenswilly to that of Galway. 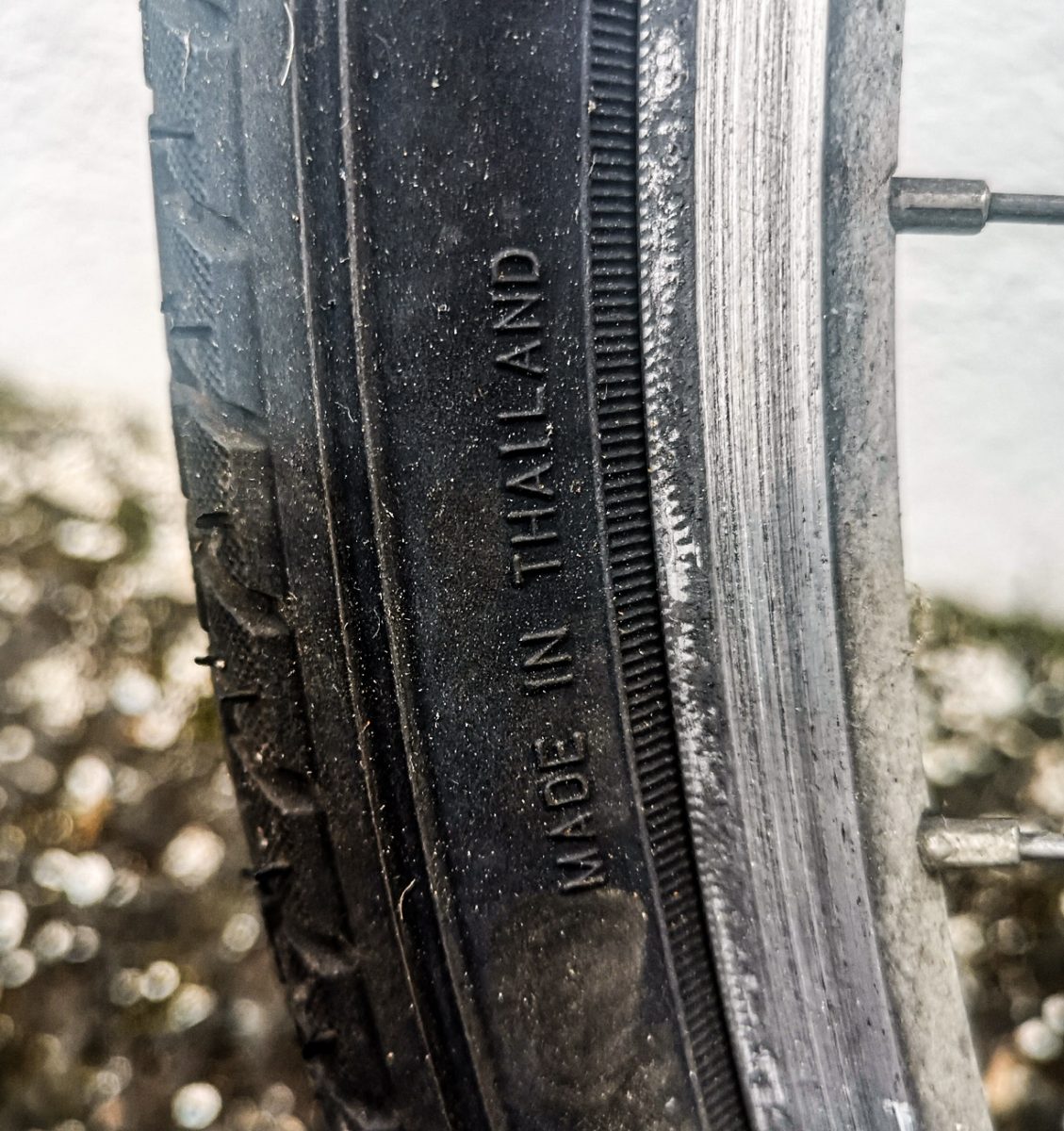 Tyres from Thailand on our Raleigh Bike in Galway.

And even though it hasn’t turned a wheel much for the owner it has more travelling history than Sir Walter Raleigh.

It will make is home outside the digs along the Spanish arches in Galway, complete with Boston bonus accessories, swallow scrapes from Africa, tyres from Thailand, and a small history of one Donegal family.