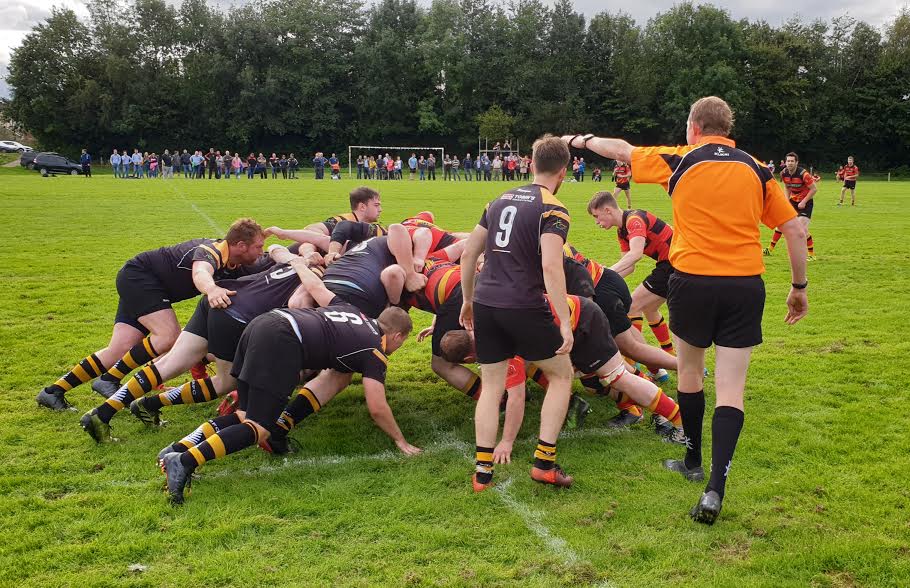 It was a day of what might have beens for a brave but ultimately unsuccessful Letterkenny team in their opening fixture of the new league season in Kukri Ulster Qualifying League 3 on Saturday.

On a warm day on the banks of the Mourne, it was Letterkenny who made the brighter start winning two penalties deep in the Strabane half. On both occasions the Donegal men elected to kick to touch rather than kick for the posts. On both occasions the home side repelled the visitors. A third first half penalty saw captain Dave Brown point to the posts and James Lee McLaughlin duly obliged to give Letterkenny a deserved 3-0 lead.

Strabane hit right back with a Lee McLaughlin of their own. The tight head prop picked a lovely line and showed deceptive pace to break the Letterkenny defensive line, only for a brilliant piece of cover defence by Chris Petersen, who took the much heavier man around the ankles stopping him in his tracks just short of a try.

Indeed, Mindstrup received a shuddering introduction to just how physical Ulster rugby is, when he ran at Letterkenny’s veteran outhalf, Andrew Gibson.

Strabane would soon be level through a penalty of their own, Matthew Wilson adding the three points.

With the first half nearing an end, Letterkenny produced a scintillating piece of attacking rugby, McLaughlin and McConnell exchanged passes down the right wing, and a brilliant offload put big second row Ciaran Clarke away for a great score, McLaughlin unfortunately couldn’t add the extras.

Letterkenny continued to dominate into the second half and after Cormac McMenamin was held up over the line, Dave Brown powered over from the resulting 5 meter scrum. Again the try went unconverted.

Strabane hit back not long after. Lee McLaughlin, not to be denied a second time, drove over from close range and Wilson added the extras.

Then the game took a big swing in the favour of the home side, James Lee McLaughlin was penalised for not releasing in front of the posts. The referee issued a yellow card to the Letterkenny man and Wilson easily kicked the penalty to tie the game at 13 points apiece leaving Letterkenny to battle out the remaining 10 minutes of the match with 14 men.

With two minutes left Strabane made their numerical advantage pay and replacement prop Keith Gamble crashed over the line giving Strabane the lead for the first time all afternoon.

This time Wilson was unable to add the extras and Letterkenny knew they still had a chance to snatch what seemed like an unlikely victory.

Indeed, it is to this young Letterkenny team’s great credit that they kept pushing and went close to scoring the try they so desperately wanted. The game finished with Strabane turning the ball over, leaving the visitors from across the border to wonder what might have been.

There were a number of excellent performances on both sides, Lee McLaughlin and Seb Thørgersen were the pick for Strabane while Brown, Ward, McMenamin and Carson were all excellent for Letterkenny.

Letterkenny were unlucky to come out on the losing side of this brutal local derby but their overall performance contained a lot more positives than negatives and coach Kevin Arenhold will be hopeful for the rest of the season ahead.