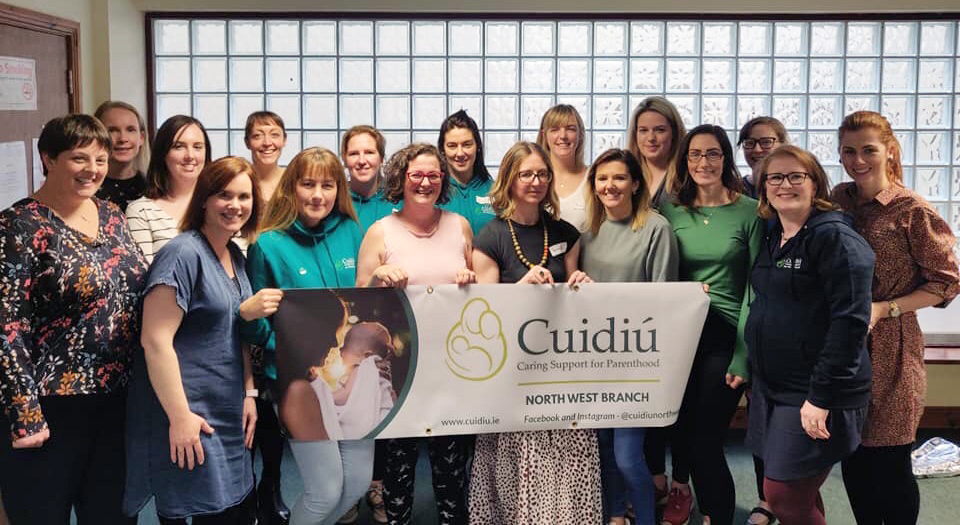 Support for new Donegal mums set to get a massive boost

Support for new mums in Donegal is set to get a massive boost as 14 new Cuidiú Breastfeeding Counsellors qualified in the region this week.

Cuidiú Breastfeeding Counsellors provide free and confidential support services over the phone, in person at breastfeeding support groups and one-to-one support. An additional four trainees will complete their studies and will join the team within the next 12 months.

There are huge variations in breastfeeding rates across the whole of Ireland, with Donegal being the county having the lowest figures.

It has been reported by the HSE that just 19.6 per cent of babies are breastfed in the county. Breastfeeding rates in certain areas of Dublin are more than three times higher than in Donegal.

All experienced breastfeeding mothers themselves, they have undertaken a specially designed course which is recognised and funded by the HSE, and was delivered by the parent to parent support charity Cuidiú, which operated a branch in the North West.

“Some mothers find it difficult to establish successful breastfeeding for a number of reasons but with additional help, support and encouragement most of these difficulties can be overcome,” says Eilis Quigley, Breastfeeding Counsellor and Chairperson of Cuidiú North West.

“Some of the main problems we see include concerns about milk supply, fatigue, pain and poor latch, and embarrassment as a result of negativity towards breastfeeding. We are confident that the newly qualified Breastfeeding Counsellors will help mothers throughout Donegal feel more assured in their efforts and choices.”

Hailing from all corners of the county, the BFCs will be providing support in Letterkenny, Inishowen, Gweedore and West Donegal, the Finn Valley region, Donegal Town and its surrounding areas, and south-west Donegal.

HSE Breastfeeding Week will take place nationwide from 1st – 7th October 2019. Cuidiú North West will be hosting special events around the county throughout that week. For more information, visit our national website: www.cuidiu.ie or join our community on Facebook: www.facebook.com/groups/cuidiunwbreastfeedingsupport

Support for new Donegal mums set to get a massive boost was last modified: September 16th, 2019 by Staff Writer
FacebookTweetLinkedInPrint