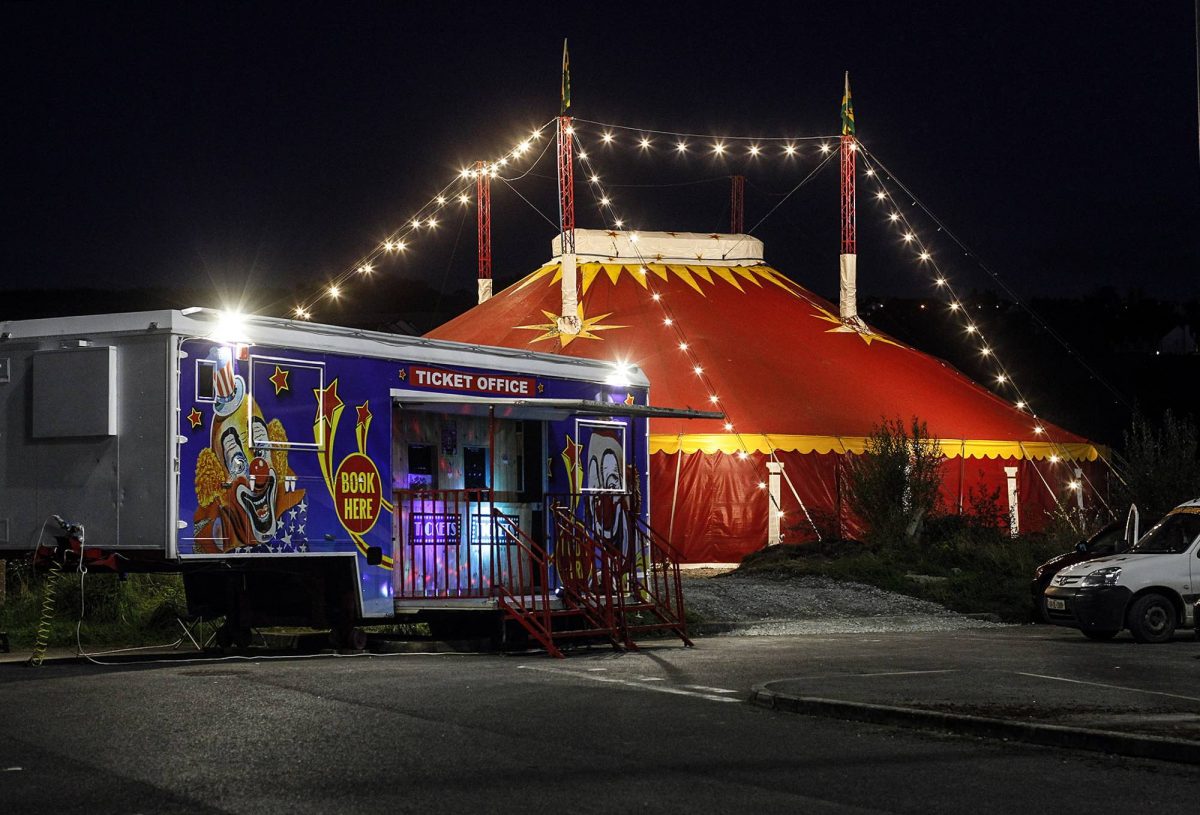 DD Motoring: Keeping the show on the road

Nearly a year ago Donegal Daily’s motoring column featured a Donegal man who planned to take to the road for a ten-month tour in his first-ever attempt at running his own circus.

It was a dream he has had all his life.

Last January, Barney Kerns started from his home town of Letterkenny for the opening show before heading off on a career break of sorts.

Nearly one year on and his circus has now arrived back in Letterkenny yesterday (Wednesday). He was home for his first return show, which will run this weekend as Barney Kerns with Circus Dreamland, the production setting-up at the carpark in Letterkenny Retail Park behind Mark and Spencers. 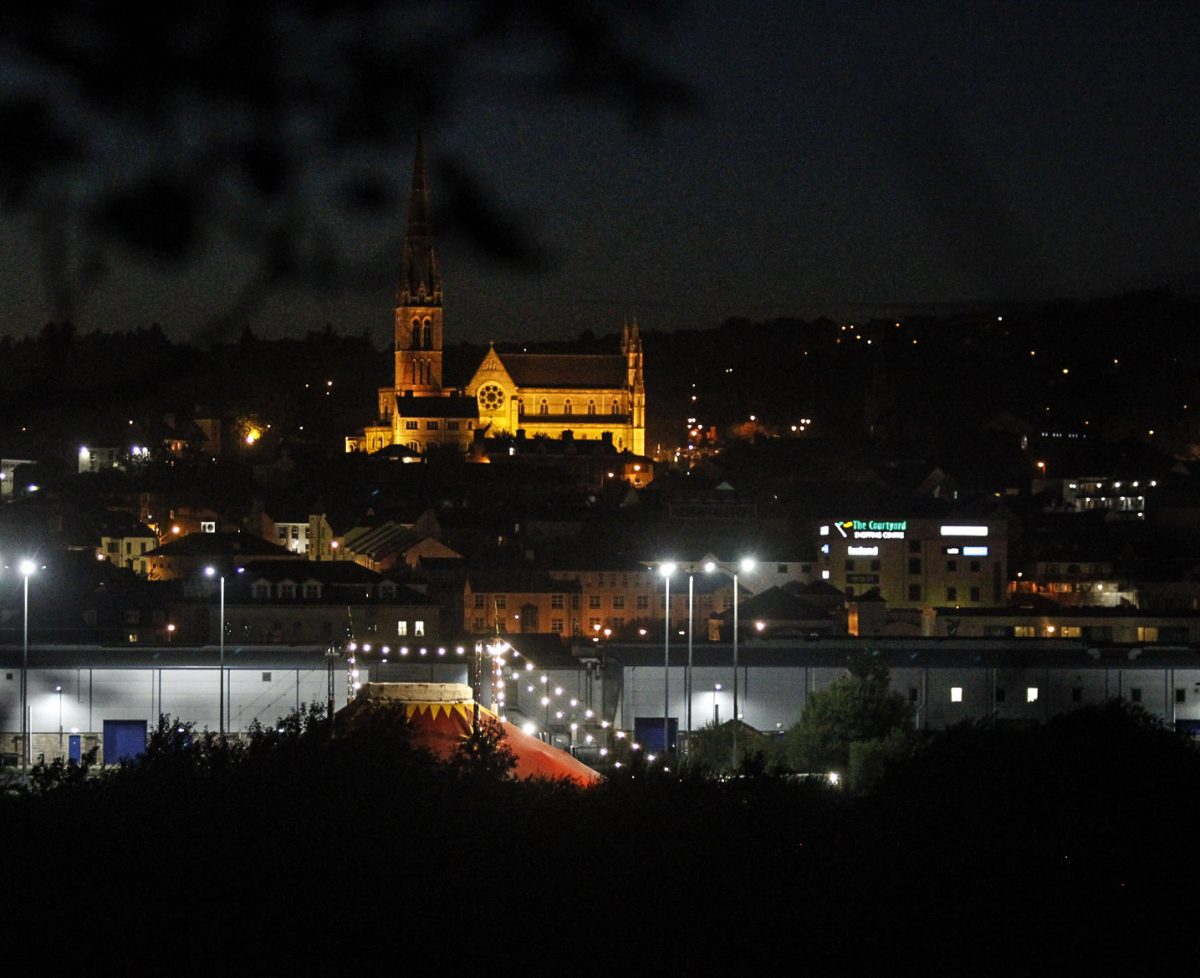 Back home Circus Dreamland pictured as they set up in in the cathedral town in the carpark of the Letterkenny Retail Carpark behind M&S and TK MAXX earlier this week following a ten-month tour of Ireland, Photo Brian McDaid

I have a dream.

Bernard, a native of Raphoe, left the tech in the town at the age of 13 and spent the next 35 years working in the tarmacadam business. At the end of last year, he made his life long dream a reality as he puts the final coat of “International red” on the trucks in for 2019 and will park up his tarmacadam roller and call “ROLL UP, ROLL UP!” as his adventure hits the road. 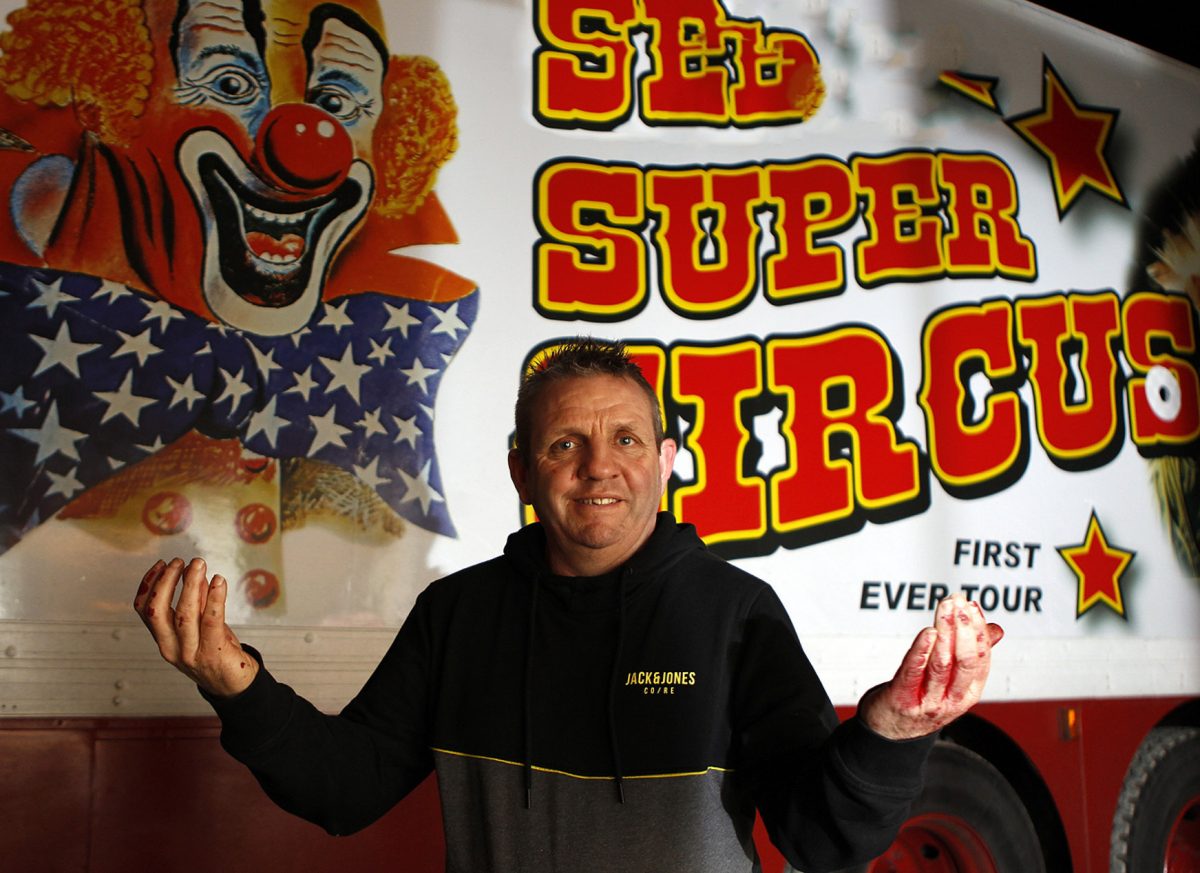 I have a dream.
Bernard Kearns, (pictured at the start of this year) Letterkenny finally makes his dream come true as he embarks on his first-ever tour starting at the end of this month on January the 30th in Letterkenny and touring around Ireland to November 2019 as the owner of his very own circus. Photo Brian McDaid.

Life is a circus

Just like the walk across the wire for a tightrope walker, our lives will be most successful if we find balance.

Lean too far in one direction and you’ll find yourself toppling over.

Balance is not always easy to master when juggling relationships, jobs or passions, but it is essential for living a positive and present life.

Imagine yourself on a tightrope and ask yourself, “Am I leaning too far in one direction?”

Do I let one area of your life — no matter how important it might seem — distract you from achieving your balance?

A year on the road and Barney knows all about tightropes from a business point of view and is nine months on the highway as he toured Ireland and Northern Ireland with his circus.

Every business is hard and the circus business is no different, Barney would be the first to admit that living the dream was a lot harder than he ever imagined. However, he is still here and will be working locally throughout Donegal in the coming weeks.

His generator powered up at the start of the week and the big top was soon in place and since then, Barney has been busy doing the usual bit of promotion work when they arrive in the new town to let the public know that the “circus is in town”.

A recent rout through the shed at home recently revealed a collection of old number plates from some of the different family cars that passed through our household in the in years gone by.

Included were some for the first pressed steel numbers plate which were the first official European number plate.

It featured a circle of 12 gold stars on a blue background. They stand for the ideals of unity, solidarity and harmony among the peoples of Europe. 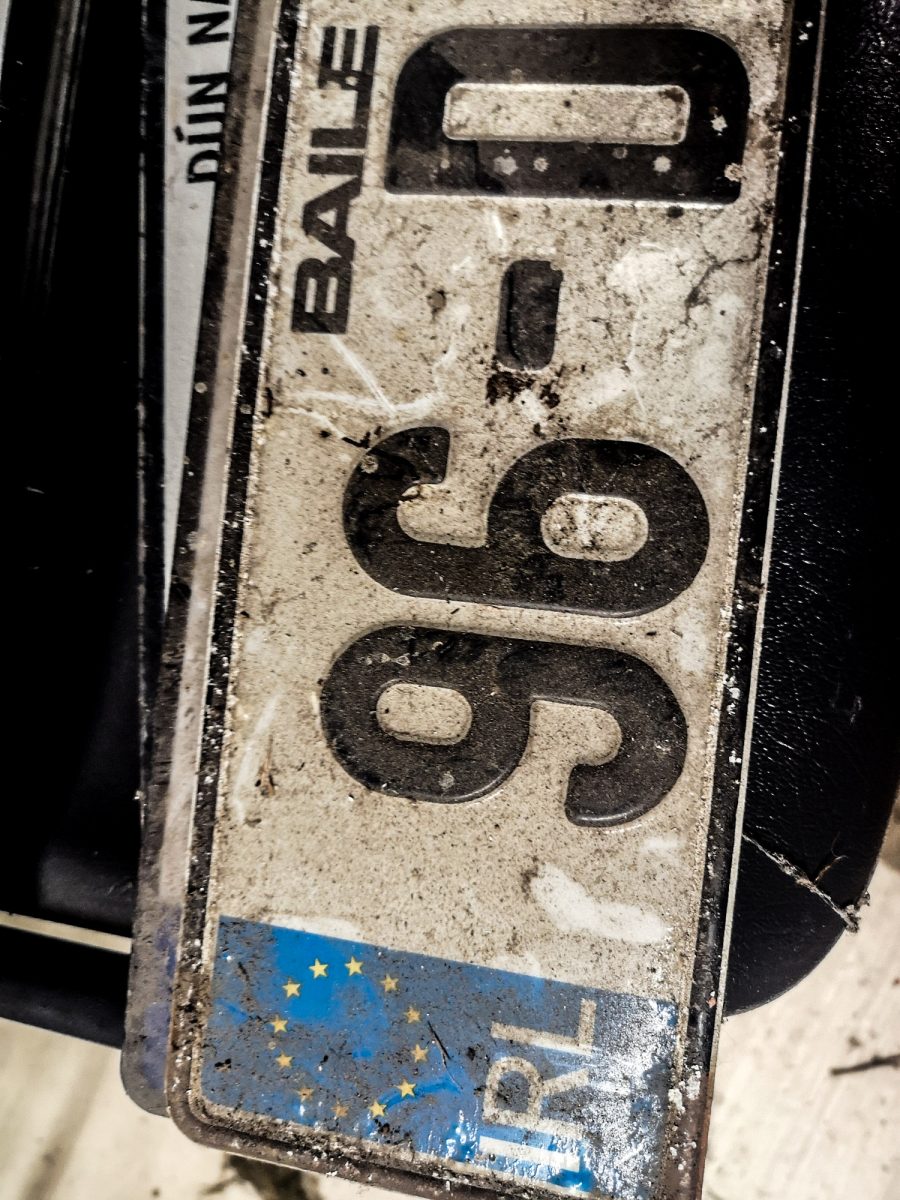 Old number plates that have tell their own story to tell of travel in Ireland North and south in years gone by. Photo Brian McDaid.

The number of stars has nothing to do with the number of member countries, though the circle is a symbol of unity.

At one time, the present-day perspex were considered illegal and the old steel or tin number plate, with the letters pressed out from the back, were the only legal plates.

Then there was the rear yellow number plate which was a big craze in Donegal, which drew a lot of attention to a motorist who attached them to the rear of their southern registered cars from the local law enforcers in the south.

But for us that always had a yellow number plate on the back of our cars, we knew the benefits when it came to driving through the north of Ireland in times of trouble.

The yellow rear number gave you just enough time to get through a high tension area where someone just might think for a second that your car was from Northern Ireland and not from the free state and not put a stone or a bottle through your back window, and you might manage to get your crossing through Northern Ireland in one piece.

The other reason for a yellow rear number plate was one of the things that you did to make your car that bit different, that made your car stand out in the crowd. 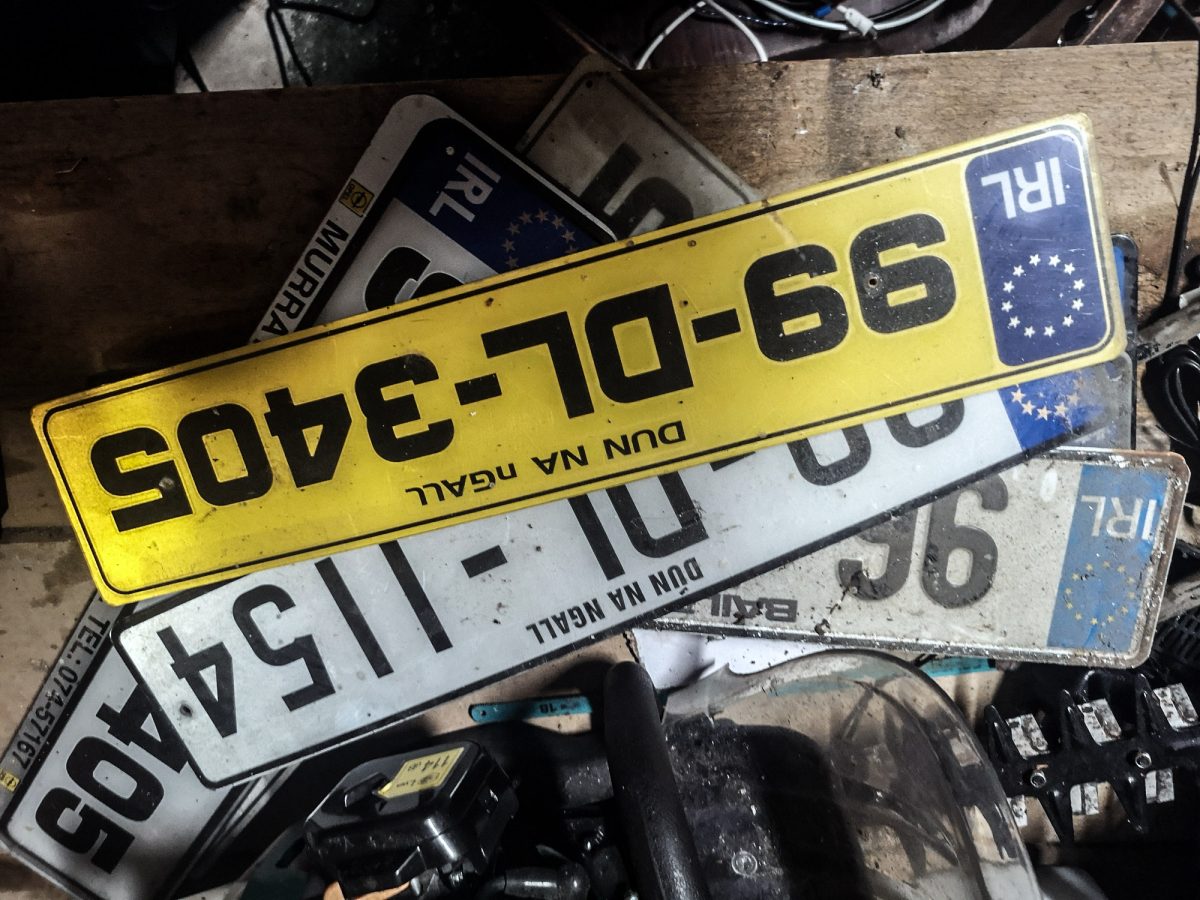 The yellow rear number plate a great tradition for Donegal motorists who tried to blend while travelling through Northern Ireland in times of the troubles Photo Brian McDaid.

The bog-standard car, which was all we could afford back then, just looked that bit better with a bit of detailing including a fresh set of number plates, a pinstripe, and mud flaps.

It didn’t take much to keep us happy back then.