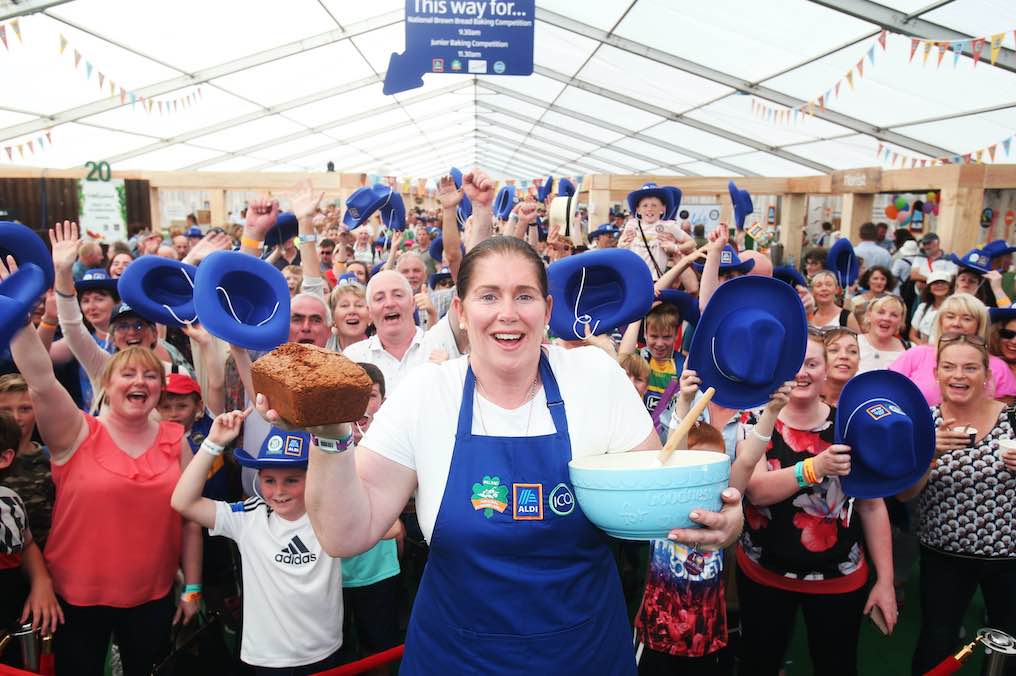 Relaunched five years ago by the National Ploughing Association, the event was a huge success with entries from each one of the 26 counties through the Irish Countrywomen’s Association.

The final, which was held this afternoon in Fenagh, Co. Carlow, provided a masterclass from the Donegal woman, who was commended by the judges for her bread’s traditional appearance and perfect texture.

Her brown bread will now be stocked in a major supermarket in Ireland for a minimum of six months and during this time Samara will receive a share of the profits, guaranteed to be at least €15,000.