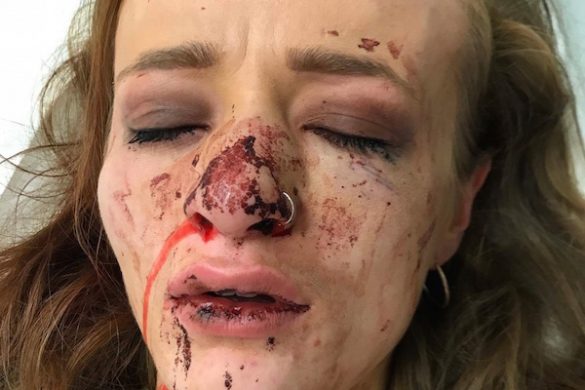 A man has appeared in court in connection with a vicious assault which left a young Letterkenny girl with horrific facial injuries.

Shanan Reid McDaid was set upon at the Market Square in Letterkenny in October 2017 as she waited to get a taxi home.

Shanan was just 18 and had started college in Galway when she was attacked and repeatedly punched in the face until she became unconscious.

She was hospitalised as a result of the attack but thankfully recovered from her ordeal.

A man had been arrested in connection with the case several months ago but had been released without charge for a file to go to the Director of Public Prosecutions.

The DPP then decided that the man’s case could proceed on indictment.

Garda Sgt Jim Collins asked the media not to name the man for fears over his safety.

The man is to sign on at Letterkenny Garda station twice a week, surrender his passport and not to interfere with any witnesses.

The man was released on bail to appear again in court for the presentation of a book of evidence on November 4th next.