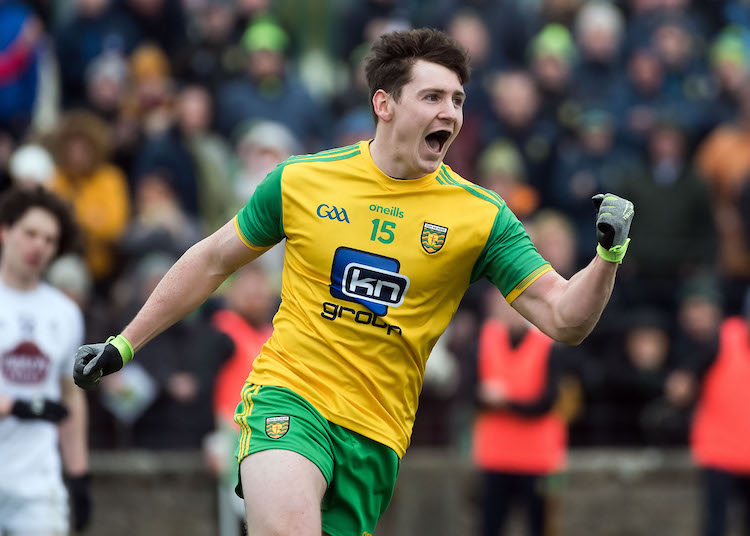 Bundoran are through to the quarter-finals of the Donegal Senior Football Championship as they mounted an impressive second-half rout as Malin fell apart in Group D.

Malin were outclassed by a quick and eager Bundoran side, who fashioned too many promising moments in the second half to snatch the victory from Robert Farren’s men.

But Malin got off to an excellent start took an early lead when Paul McLaughlin, who had an excellent game, scored from the penalty spot in the opening minutes.

And it looked to have set them on their way as they secured a four-point lead (1-02 to 0-02) by the 15-minute mark, McLaughlin getting on the mark for Malin in a blitz of scores to ruffle Bundoran’s feathers early.

Niall Dunne’s outfit did manage to bring the game to within three points ten minutes before the break as Jamie Brennan scored a neat point, but Bundoran undermined their earlier good work and were hit by a sucker punch four minutes before the interval.

Another goal for Malin, this time from Josh Conlon, and further point by McLaughlin gave Farren’s outfit 2-07 to 0-05 at one stage, but attacking talent kept Bundoran within touching distance at the break with only five points between the two sides.

Shortly after the break, Bundoran cut the deficit to three points early in the second-half following a lively start and reduced Malin to only two scores, scoring a further four times, midway through the second half.

Tommy Hourihane added to Bundoran’s tally after 53 minutes when he gave his side their first goal of the contest.

And from here, in what was an error-strewn period for Malin, Bundoran began to turn the screw and turn on the style and by the 57th minute, they had taken the lead, 2-13 to 1-17.

In the closing stages, Bundoran put the game beyond Malin as they bundled home another goal through Alan Russell, in conjunction with scores from Brennan, Russell and two from Gary Clancy to secure an impressive eight-point lead.