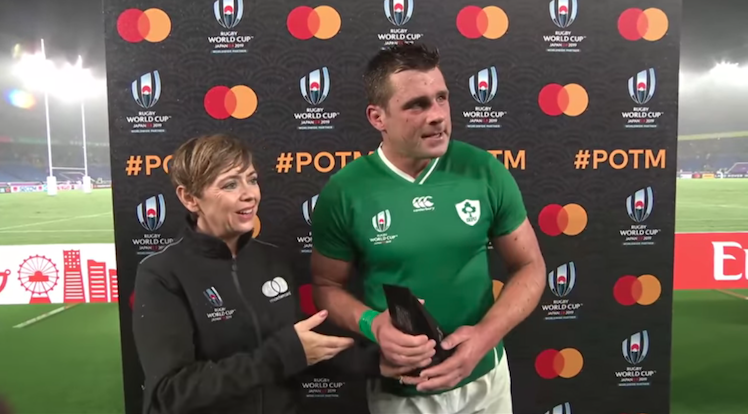 AFTER IRELAND began their 2019 Rugby World Cup with a dominant win over Scotland in Japan, a Donegal woman had the proud task of presenting the Man of the Match award.

Letterkenny resident Siobhan Hopkins handed the trophy to CJ Stander after his super performance in Ireland’s 27-3 win at the International Stadium in Yokohama in front of 72,000.

Stander was the Mastercard Player of the Match.

Siobhan – a big rugby supporter whose son, Ben, plays for Letterkenny RFC – won the VIP trip to Japan through a Mastercard competition on radio a few weeks ago and was accompanied by her husband, Seamus.

Tries by James Ryan, Rory Best, Tadhg Furlong, with Andrew Conway sealed a bonus point win for Ireland who are on course for an October 20 quarter-final clash with South Africa.