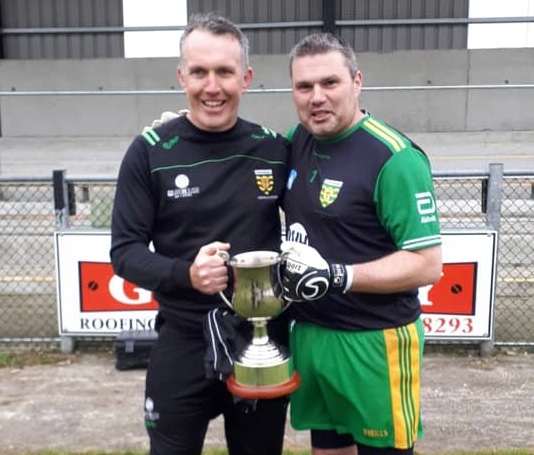 GERARD MCGILL took the road less travelled to aid the Donegal Masters in their All-Ireland win.

The Glencolmcille native travelled from Carlow – where he is now based – to Donegal once a week for training and his effort was rewarded on Saturday as Donegal lowered Dublin’s colours in the final.

“It was a great performance,” McGill said, speaking to Ocean FM’s Paddy McGill.

“The boys worked fierce hard. It’s very satisfying to win, more satisfying the way we did. It was serious graft in the second half. It’s great to see it.”

McGill is playing these days for Eire Og in Carlow. Previously, he lined out for Donegal under Mickey Moran and has managed Dublin and Carlow at senior ladies level.

He hailed the influence of the Tir Chonaill forwards on Saturday. He said: “We had a couple of marvellous scores in the second half. That’s what matters. If we can do our job, the boys still have to score – and they stepped up.”