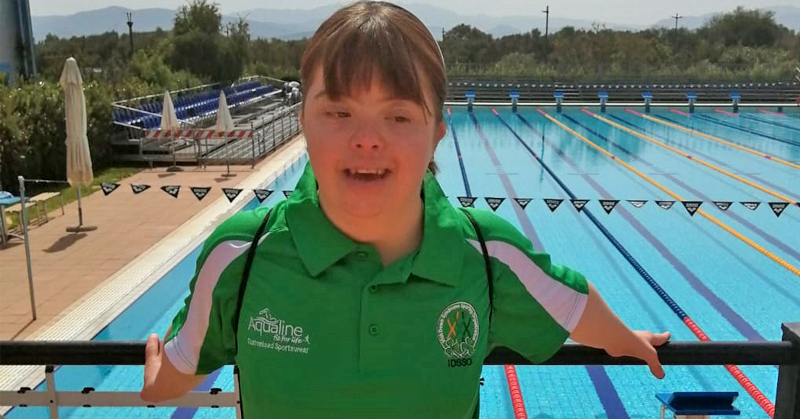 The Letterkenny woman was one of ten high-performance swimmers competing for Ireland in the major international event from 15-22 September.

Anna came away with personal bests in the 100m Freestyle and 50m Freestyle. She also gained two qualifying times to progress to the Trisome World Sports Games in Turkey in April 2020. 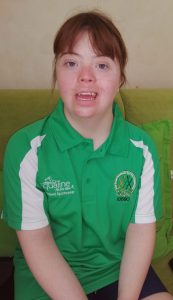 Anna was fourth in her heat in the 100m Freestyle, taking over 3 seconds off her personal best.

She swam well in the 50m Freestyle to take first place in her heat and slash 2 seconds off her previous best time. She narrowly missed a place in the final by a fraction of a second.

The high standard of the event was a valuable learning experience for the 19-year-old, who had Head Coach Niall Molloy, Eileen Conway, Ann English and Damian Tully in her support team.

IDSSO Director and Head of Delegation Áine Yap commented that all 10 athletes achieved world qualifying times and stressed that the Irish contingent contributed to the high standards of the competition.

Head Coach Niall Molloy stated that the PBs achieved are a reflection of the team’s hard work and commitment to their sport and their ability to respond to the challenge of rising international standards.