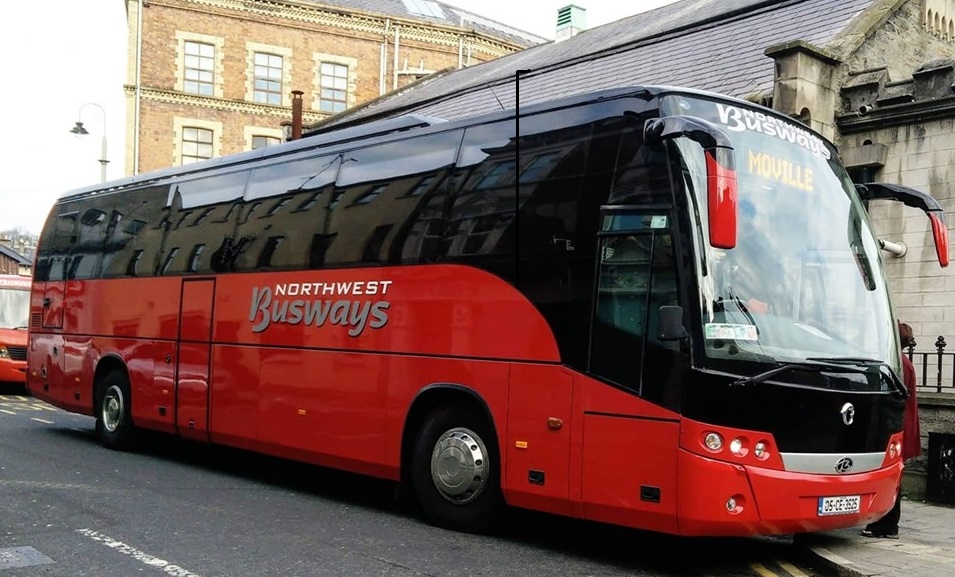 Shock for locals as Inishowen to Letterkenny bus service is scrapped

Bus service users on the Northwest Busways Inishowen-Letterkenny route were shocked yesterday to discover that the service will be stopped in just two week’s time.

The scrapping of the Moville-Letterkenny bus has come as a blow to the local communities, who rely on the service for school, work, appointments and everyday transport.

A sign placed on the bus yesterday announced that the service will end on Friday 11th October 2019. It is understood that the service was deemed not financially viable. The plans are set to leave many people in limbo without their regular transport.

Senator Padraig MacLochlainn has acted on the planned changes by making urgent representations to the National Transport Authority on the matter.

He said that the NTA have confirmed that a new commercial operator will take up the licence of this route. The operator cover some of the routes which will be cut from 11th October. The NTA is also working with the Local Link service to try and cover the rest, Senator MacLochlainn confirmed.

He said: “I am making it clear that all communities in Inishowen from Malin and Moville right through the peninsula; the students, workers and family members visiting loved ones in Letterkenny Hospital need this public service maintained.

“The people of Inishowen have a right to public transport like everyone else!”

The final Northwest Busways Letterkenny to Inishowen service will be at 5.40pm on Friday 11th October.