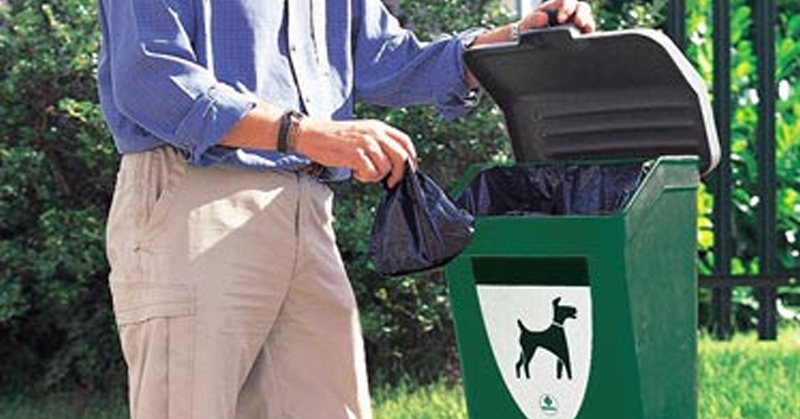 More designated areas are needed for the disposal of dog bags in towns such as Letterkenny, according to local councillor Michael McBride.

Local residents have complained about the high amount of dog mess on footpaths around Letterkenny recently, which led to the issue being brought to the county council this month.

Cllr McBride said: “If you are around Letterkenny, the amount of people out walking dogs in very high. The thing that’s missing is the stations with litter bags for foul.”

The council has been asked to provide funding to allow for the rollout of fouling stations county-wide over the new term, giving priority to areas such as Letterkenny.

In response to the motion, Senior Engineer Bryan Cannon said that 100,000 dog foul bags were given out by the local authority this year alone. He highlighted the success of the “any bag, any bin” campaign which highlights that dog foul may be disposed of in any bin so long as it is contained within any bag.

Compostable dog foul bags are provided to the public and community groups from all Public Services Centres and a number of other locations countywide.