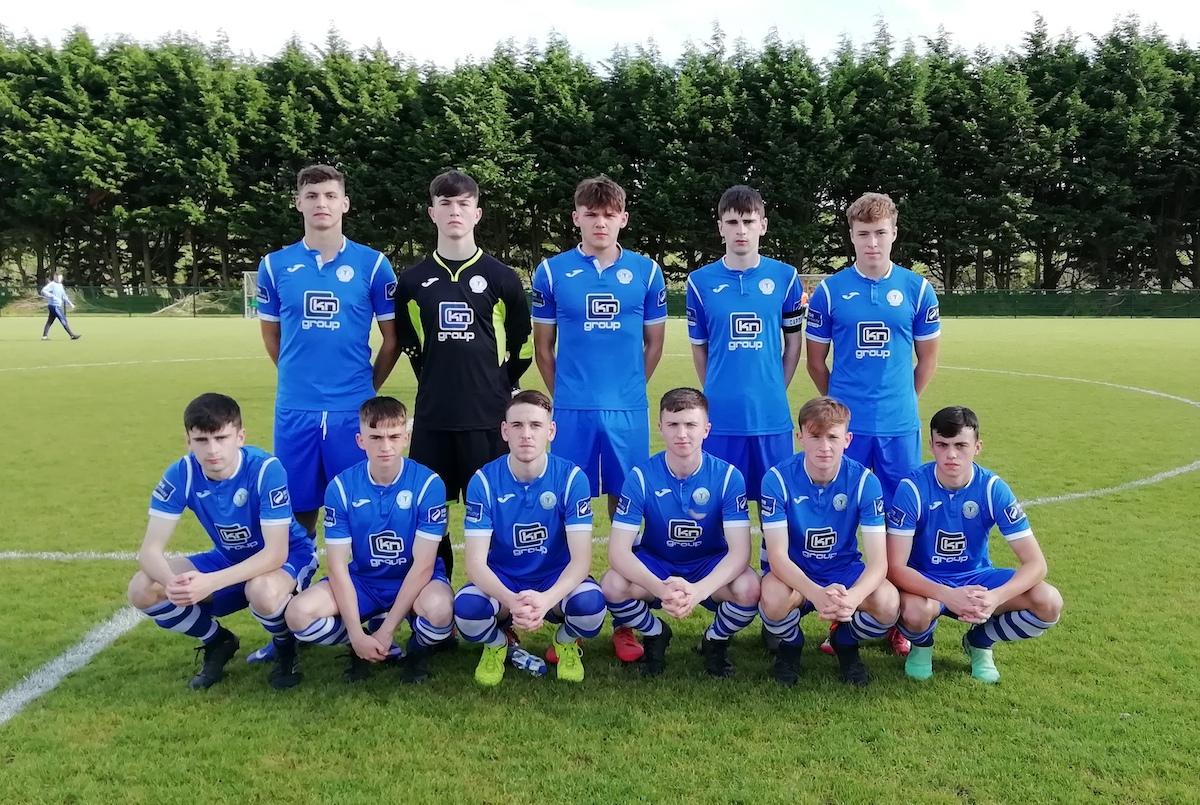 Finn Harps U17’s defence of the league title came to a disappointing end in Ballyare on Sunday as they narrowly lost out to UCD in the league quarter-final.

Harps came into this game on a great run of form winning 8 of the last 9 league games, which saw them finish second in the Northern Division League.

The home side started brightly and took a deserved lead on 20 minutes when Conor Black made a great run down the left side before hitting a terrific effort which looped over O’Sullivan in the UCD goal. Harps kept the pressure coming and nearly doubled the lead when Luke Rudden put Daniel Gildea through on goal but his effort was brilliantly saved by the UCD keeper.

UCD had a great chance to draw level when they put a ball into the box which caused havoc in the Harps defence and Stephen Black was well placed to clear off the line from a Tobi Jinad header. The home side saw out the first half as chances after that were few and far between.

Harps started the second half brightly and Adam McCaffrey saw his effort fly over before Nathan Logue tried his luck from distance. Stephen Black had a great chance to double his sides lead when from a corner, Black made a great connection but saw his header come back off the upright to the relief of the away side.

Inside a minute later UCD broke down the other end of the field and after good work from Tobi Jinad the ball broke for Mark Ivie and he brilliantly found the top corner to equalise for the visitors. UCD tails were up and they went ahead when Sean Schutte cut in from the left and expertly drilled the ball past McLaughlin in the Harps goal.

Harps battled right to the end but unfortunately couldn’t get the equaliser and it’s the away side who go through to the League semi-final.‍