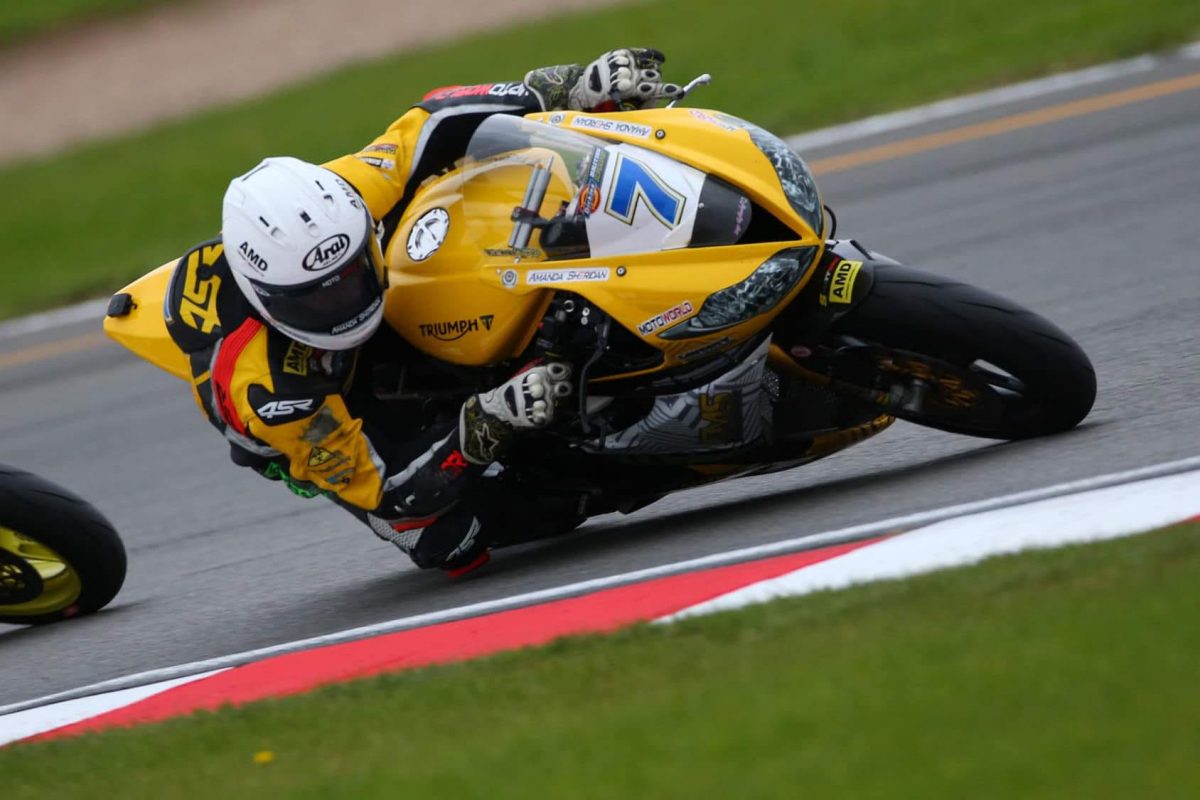 KILMACRENNAN’S Richard Kerr continued his fantastic season in the Dickies Supersport Championship at the (BSB) British Superbike Championships at Donington Park this weekend.

In Sunday’s feature race, Kerr lined up on the third row and was running in fifth after the opening laps.

The race soon settled and Kerr ended up in a fantastic race long battle with two other riders and found himself in eighth with two laps to go.

As he has done so many times this year Kerr dug deep and passed both Bradley Perrie and Charlie Nesbitt before the end and posted his quickest lap on the final lap of the race.

Kerr still remains in fifth position, 12 points behind Harry Truelove but has extended his lead to the sixth-place man, Tom Oliver, after he crashed out of fourth  place on the penultimate lap.

The team now head into the final round of the series in two weeks’ time at Brands Hatch where Kerr will be looking to end his fantastic year with another strong showing on the Campbell Motorsport Triumph.