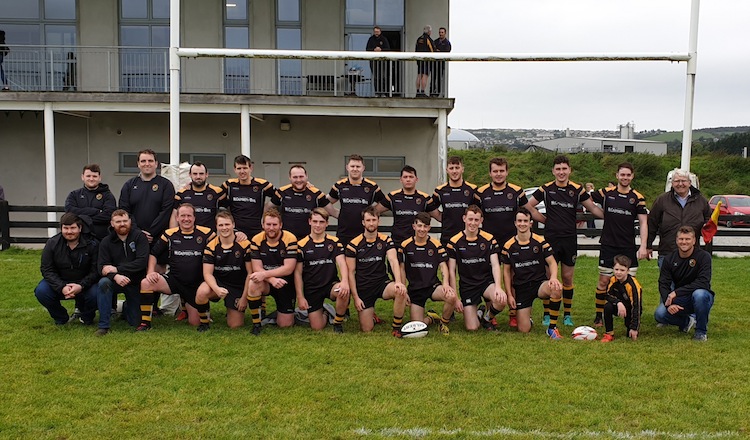 Rugby – Letterkenny lose out in Newry

ON THEIR first long journey of the season, Letterkenny travelled to Newry on Saturday, but returned empty handed.

On a wet and windy day, it was clear early on that the conditions were going to make expansive rugby near impossible.

Newry started stronger in the opening minutes with their big runners trying hard to penetrate the visitors defensive line.

Letterkenny managed to escape unscathed though and managed to force a penalty at the breakdown.

The ‘Kenny men began to make their way upfield through the boot of Darragh McConnell as the pressure from the visiting team forced a number of penalties against the Co. Down men.

Letterkenny seemed to be starting to gain control of the game but their handling let them down at key moments letting Newry off the hook.

The first half was a real arm wrestle and although Letterkenny seemed to have the better of things they failed to capitalise. As the first half came to a close, Newry were awarded a penalty which they opted to kick leaving the half time score 3-0 to the home side.

The visitors continued to dominate the second half with big runs from Cormac McMenamin, Chris Green and David Brown in particular causing the home side problems.

A series of big drives forward by the visitors led to a bizzare situation, when the referee, mistaking the 5m meter line for the try-line, thinking Letterkenny had scored a try he blew the whistle halting the Letterkenny momentum before realising his error.

The game was restarted with a five-metre scrum but unfortunately poor handling let Newry off the hook once again.

Then, disaster struck for Letterkenny. Newry’s winger kicked a loose ball up the field, he seemed to knock on as he regathered the ball but play was allowed continue. This led to Newry being awarded a penalty try as it was deemed one of their players was tackled off the ball. 10-0 to Newry.

Bizarrely, the game was again halted when the official made the same error as earlier and blew up for a Letterkenny try when on the 5 meter line.

Again, play restarted with a 5 meter scrum and again Letterkenny’s handling let them down. Although Newry deserve huge credit for a ferocious defensive effort.

This was the final nail in the visitors coffin as time drew to a close.

A disappointing result against a good Newry side but Letterkenny will have a point to prove in the return fixture when Newry come to Dave Gallaher park in January.