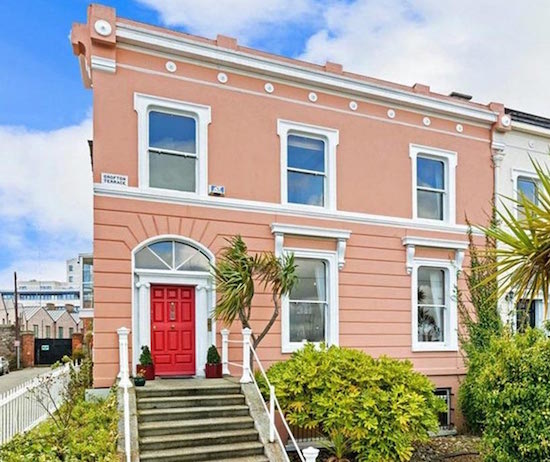 Clannad singer Moya Brennan is to sell her Dublin home to spend more time in her beloved Donegal.

The singer has opened her house doors to the world as she put her home up on the market for a whopping €1.25 million.

Although she and her husband Tim Jarvis initially moved into the house because of its seafront, Moya has decided it is time to return to her roots.

With a recording studio in the house, the singer fine-tuned many of her tracks for her best selling 25 albums right in her own home.

Moya told the Irish Times that initial renovation of the property took over a year when they purchased it back in 1994.

‘I grew up beside the ocean in Donegal, and once we walked in I just knew it felt right,’ she said.

‘We would start at night when the kids were in bed, and we were fortunate that it is big enough, so we could do one room at a time,’ she said on working on the house.

It initially took singer Moya and her husband a year to renovate the property.

However, the couple husband have recommended that the new owners put some work into updating the bathrooms and kitchen.

Moya was a founding member of family band Clannad back in the ’70s. They have sold over 20 million copies worldwide.

Moya’s husband Tim manages the band’s business affairs and they first met whilst he was touring Donegal as a photographer for NME magazine.

Clannad star Moya to sell her Dublin mansion to return to Donegal was last modified: October 11th, 2019 by Stephen