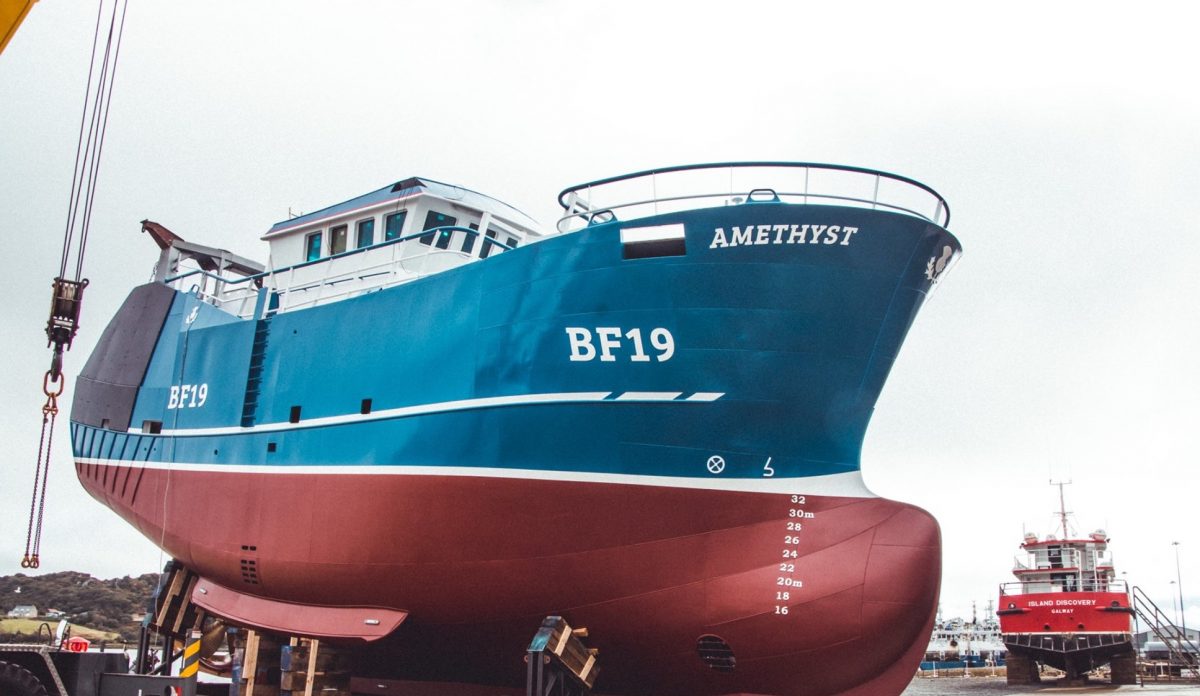 There were celebrations in Killybegs last week as Mooney Boats Ltd successfully launched the largest vessel in the fishing port since 1980.

The MFV Amethyst received its ceremonial launching on Saturday, September 28th from owner Ralston Johnston, with his wife Jane Johnston taking main stage at the launch party to christen the ship.

Mr. Johnston and his family, from Gardenstown in Scotland, have operated fishing vessels in Fraserburgh for many years.

Familiar with the quality of work previously produced by Mooney Boats, Mr. Johnston approached the yard in late 2017 to commission a new build prawn trawler then designated as Build 48.

The significance of the new build was not taken lightly by Mooney Boats, at 20.25 Meters in length and 7.3 Meters in breadth the vessel would challenge the dense peninsula on which the boatyard workshop is located.

After a successful launch, celebratory champagne was passed around to invited guests at the boatyard with a meal and complimentary drinks in the Tara Hotel.

With the vessel now in the water the men and women of Mooney Boats are again working tirelessly to finish the now pier side MFV Amethyst, over the coming weeks.