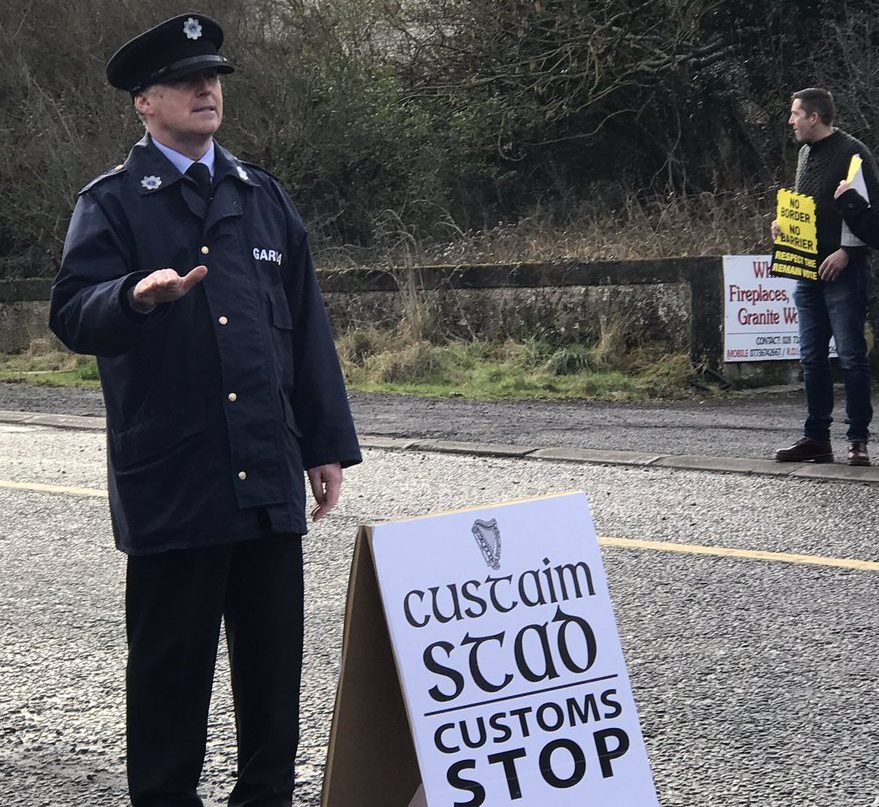 Major demonstrations are to take place along the Donegal-Derry border tomorrow (Weds) ahead of an EU summit on Thursday.

The EU’s chief negotiator has said a Brexit deal could still be struck this week despite it becoming “more difficult” to reach an agreement.

Michel Barnier, who will update EU ministers at a meeting in Luxembourg later, has previously said “big gaps” remained between the UK and EU.

However, Britain has been accused of “dragging the North of Ireland with it against the democratic wishes of the majority of the population” ahead of the major summit.

Border Communities Against Brexit (BCAB) have organised peaceful protests ahead of the meeting between the EU and UK on Thursday.

Dermot O’Hara, Border Communities Against Brexit (BCAB) spokesperson, said: “On Wednesday we are asking people to come out to one of the main border crossings – Bridgend, Killea or Muff at 8pm to show their anger at a ‘No Deal’ Brexit, and to light a beacon, torch or some other form light to show our implacable opposition to being dragged out of the EU.

“Everyone will be affected by Brexit including students and universities, community workers and community services, trade unionists and working conditions, cross border workers, people with disabilities who will lose some of their rights and business people.

“We want people to make their own ‘location sign’, poster, banner or flag and to send pictures and videos to @BCAB4EU with the hashtag #NoBorisBorder and also tag Border Communities Against Brexit on Facebook, let’s break the internet.

“This will allow for the extent of the protests to be seen all around the world and in Brussels, Dublin and London.”