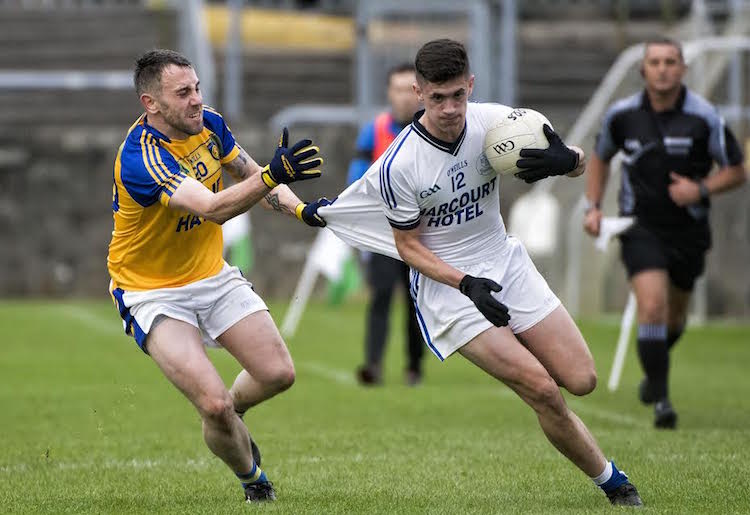 ETHAN O’DONNELL assesses Gaoth Dobhair and the Naomh Conaill forward quickly comes to the conclusion that the Magheragallon men have ‘no weakness’.

O’Donnell – pictured in action during the 2017 final against Kilcar – is set to feature in his fourth Donegal SFC final this Sunday when Naomh Conaill take on the reigning Ulster champions.

“They have county standard players all over the field,” O’Donnell said.

“There is no weakness in their team.

“When they smell blood they’ll go for it. Look through their starting fifteen. They have county seniors, under-21s and minors all over and county minors on the bench.”

However, O’Donnell insists that ‘anything can happen’ on the big day and he says Naomh Conaill want to make the most of the chance after successive final defeats.

He said: “We’re lucky. This is my fourth final in six years, but don’t take it for granted. You still pinch yourself when you wake up on county final day.”

Listen to the full interview, with Paddy McGill of Ocean FM, below …