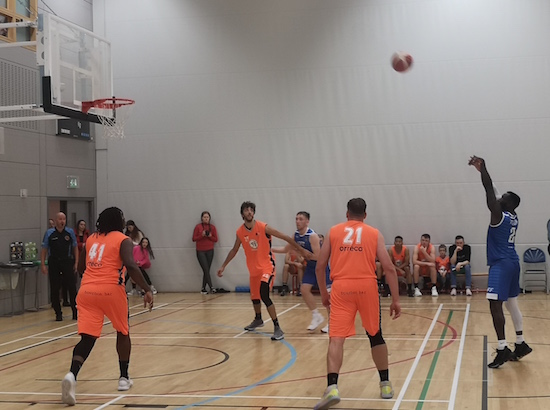 Emmanuel Payton inspired LYIT to their fourth win in as many starts as the Donegal side overcame Sligo All Stars by 94 to 83 at the Foyle Arena in Derry today.

Niall McDermott’s side have looked impressive so far this season with a mix of international and local players.

LYIT looked impressive at times and led the Sligo side by 19 points at one stage in the third quarter.

Much of that third and fourth quarter dominance was due to Payton who was in fine form.

Supported by local players including Andrew McGeever (Letterkenny) and Charlie McKinley (Omagh), the Donegal outfit rarely looked like letting their lead slip completely despite Sligo pulling it back to 61-59 at one stage.

Special mention has to go to LYIT’s Spanish ‘Elasticman’ Mario Garcia whose athleticism knows no bounds.

It’s a great start for LYIT but they know they’ll have tougher tests throughout the season.