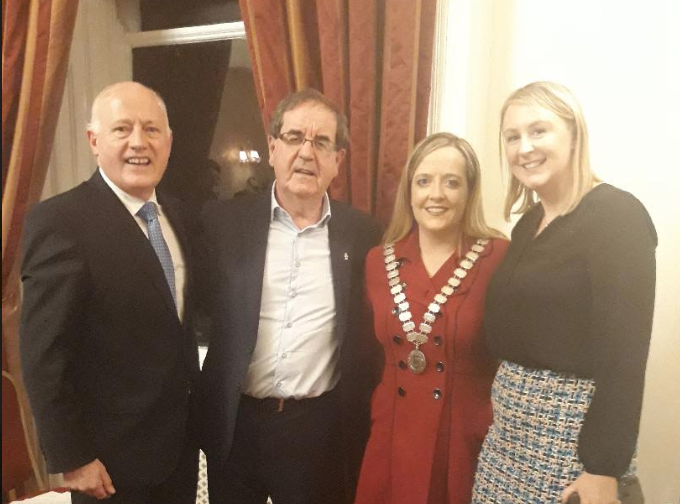 This year has been another fantastic period for the Association with the association attending many events including the Mary from Dungloe Gala Ball, The London Association Dance and the Leopardstown Race Night.

For the year ahead Kevin McFadden from Carrigart remains as Chairperson of the Association. Elaine Caffrey from Carrigart takes over as President from Hugh Harkin.

Hugh commended on the wonderful mix which exists on the committee and welcomed young members to the committee.

Elaine is a familiar face having already acted as Chairperson of the Association. She spoke of the immense pride she feels to take over the role from Hugh and how much of an honour it is for her to be President of the association.

Our new members will enable the association to strengthen and grow in the year ahead and into the future. We also thank Deirdre O’Donnell, Francis Doherty, John Cunningham and Mary Ellen Murray for their support and dedication to our committee and we wish them well for the future.

As we look forward to the year ahead – take note of our upcoming events!

On Sunday, 10th of November the Donegal Association will hold their Annual Mass of Remembrance in the Bonnington Hotel, Drumcondra at 6.30pm. Deceased members and friends of the association will be remembered on the night. Everyone welcome to attend.

The search is on for the next Donegal Person of the Year. The closing date for receipt of nominations is 30th of November 2019. Any individual or any group may nominate a person – the main criteria being that the person nominated should be from Donegal and have made a significant contribution to the promotion of the county at local, national or international level.