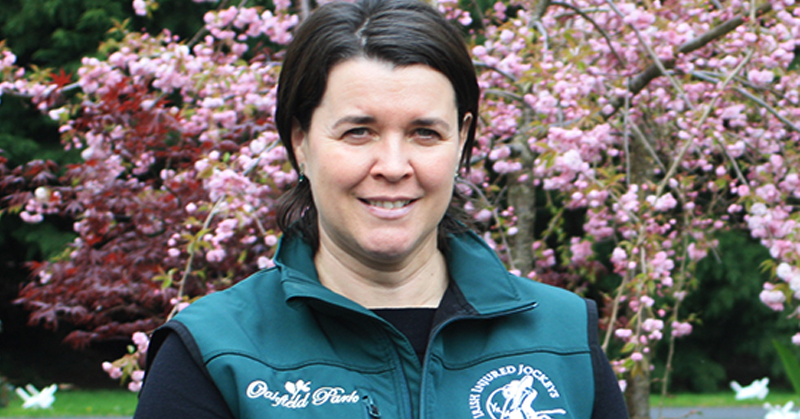 Marina Hamilton, one of Ireland’s best-known equestrian artists, is putting her creative talents into action by riding in The Corinthian Challenge Charity Race Series.

The St. Johnston woman is preparing for the final leg of the three-race series next weekend when she takes to Leopardstown Racecourse on Saturday 26th October.

This is the second year for Marina to take part in the Corinthian Challenge, which raises money for Irish Injured Jockeys. The challenge has involved a great deal of training and preparation for Marina, who is a scultor and painter by trade, with a keen interest in racing.

Marina commented: “I am delighted to be part of The Corinthian Challenge Charity Race Series in aid of Irish Injured Jockey, it has been a wonderful experience so far.

“We have ridden at The Curragh Racecourse and Cork Racecourse Mallow and I am really looking forward to the final race at Leopardstown on Saturday, 26th of October.” 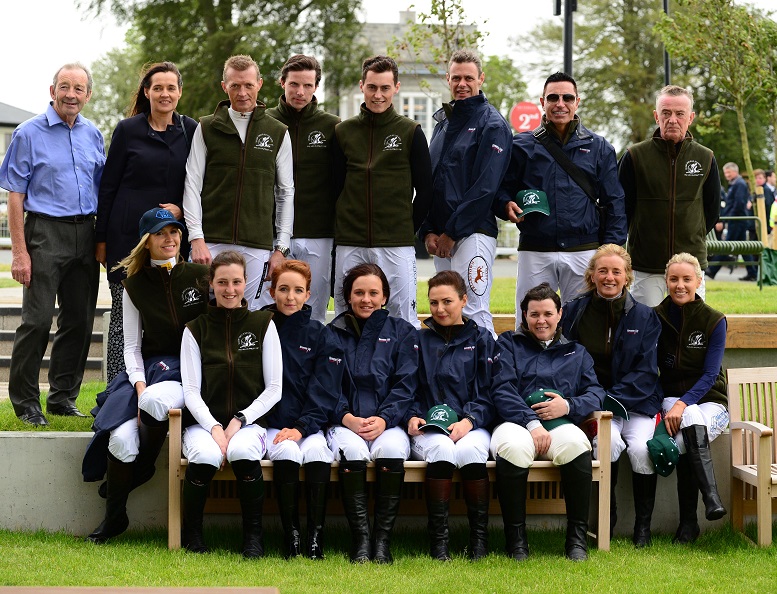 Marina continued: “I would like to thank my family and friends for their support throughout the challenge and everyone who has helped me along the way especially those who have donated what they could to my €10,000 fundraising target.

“Irish Injured Jockeys is a really great cause and I am thrilled to be able to support them by participating in this amazing challenge.”

Marina is calling on her supporters to help her raise much-needed funds for Irish Injured Jockeys through this challenge. To donate, go to everydayhero.com and search for ‘Marina Hamilton’.