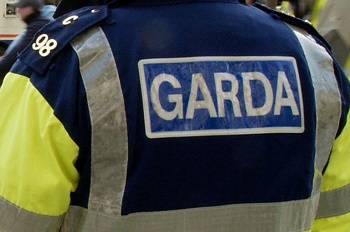 Gardaí in Letterkenny are appealing for witnesses to a hit and run that occurred on Saturday in Stranorlar.

The incident happened on Saturday evening close to Nena Models in the Twin Towns area.

The van pulled out of Dunwiley and struck the passing car.

The driver of the car, which had a five-year-old passenger on board, was left with broken ribs and a lot of bruising.

The van failed to stop and drove off following the incident which took place around 8pm.

The van, which was white in colour, struck the car so hard that it forced it into a spin which knocked down a nearby wall.

Speaking to Donegal Daily yesterday (Mon), the man’s partner, Louise Thompson, appealed for anybody who may know who was driving the van to contact Gardai.

Louise said: “Thankfully no one is too badly hurt but what kinda person does this? The car is written off and claiming off our own insurance hardly seems fair.

“The guards say more than likely someone was drunk or with no insurance. That’s no help to us.

“If we claim off our insurance it’ll probably go up €2000 at least a year. We have already paid over €3,000 for the insurance for the year.”

Gardaí have urged witnesses or drivers with dashcam footage to come forward.

The driver of the van has also been encouraged to make himself available to Gardaí.