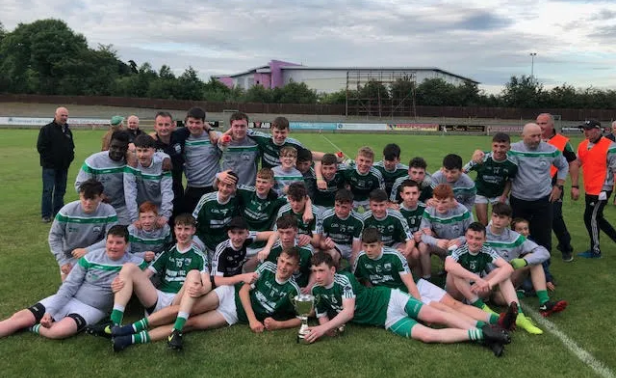 Gaoth Dobhair Under-16s are through to the semi-finals of the Paul McGirr Ulster U16 Club Champions Tournament.

Gaoth Dobhair powered away from Ardboe in the second half as the Magheragallon lads outscores the Tyrone champions 2-7 to 0-1 in part two.

The teams were level 0-4 apiece at half-time.

Both clubs were making their first appearance in the competition with Ardboe in action just a week after winning the Tyrone U16 crown.

Gaoth Dobhair had won the Donegal U16 title in July with a four-goal salvo against Aodh Ruadh.

Stephen McFadden and Fionnan Coyle grabbed two points each for Gaoth Dobhair in the first half at Dromore this afternoon.

Johnny O’Donnell and Darragh Ferry netted the goals for Gaoth Dobhair, while McFadden added four points to his tally.

Darragh Ferry was named as the Man of the Match for Gaoth Dobhair, who advance to a semi-final meeting with Burren next Saturday.