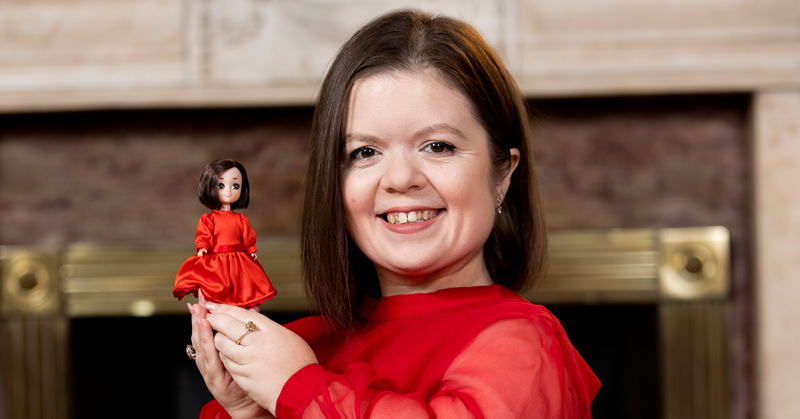 A Donegal toy company has paid tribute to disability activist Sinéad Burke by creating a limited edition replica of the Dublin woman.

Lottie Dolls went out of their way to smash the myth that one size fits all as it created the unique Sinéad doll.

The doll, which was launched on World Dwarfism Awareness Day, is the world’s first ‘little person’ doll.

Sinéad has achondroplasia, the most common form of dwarfism.

At 3’5” tall, she’s responsible for introducing the term for a little person, ‘duine beag’, to the Irish language. “Organised, articulate and creative by nature” is how she describes herself.

The Sinéad activist doll comes dressed in a red dress with red shoes, the doll takes inspiration from a stunning Rochas dress Sinéad wore to the Elle 2018 awards. 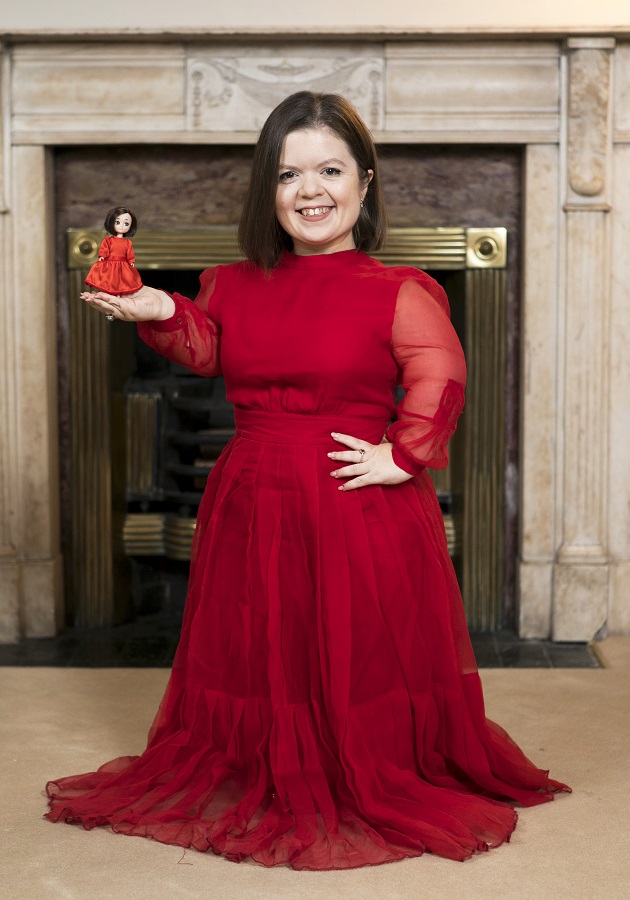 The doll has the same head and torso proportions as all of the Lottie range and her hands, arms and legs are smaller and Achondroplasia proportion.

Sinéad herself has never allowed her stature to stand in her way.

She said “There’s that phrase, ‘if you can see it, you can be it’. As a littler person, I have lived my life in a world that was not designed for me, and in an era where my experience was never reflected in culture, in the books that were in my classroom library or in the dolls that I played with as a child.

“I’m incredibly honoured to volunteer on this project with Lottie Dolls because the potential for this to change how little people see themselves, and how the world views little people is immeasurable.” 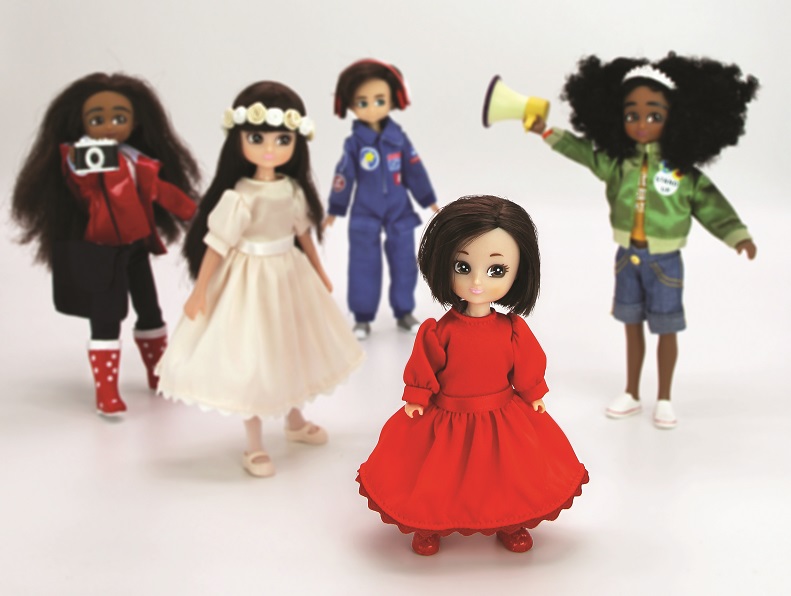 Sinéad is a contributing Editor to British Vogue, an Irish writer, academic, activist and broadcaster, popular for her TED talk ‘Why design should include everyone’. Appointed by President Michael D Higgins, Sinéad is a member of Ireland’s Council of State.

Lottie Dolls, which is based in Letterkenny, Co Donegal, was first launched seven years ago and reflect the proportions of real-life 9 year old children. The Sinéad doll is representative of Sinéad also at 9 years of age.

They are dressed comfortably in clothes that are made from colourful and tactile fabrics. They have play-sets that encourage outdoor play, from fishing, body-boarding to fossil-hunting.

Ian Harkin, the Ballybofey man behind the groundbreaking brand, said working with Sinéad has been an amazing experience.

He said ”I came across a statistic by UNESCO a number of years back which really struck me, it stated that 32% of all kids have been bullied within the last month, the main reasons for it are visual differences, nationality, race or colour.

“We discovered research by Psychologist Dr Sian Jones at Queen Margaret’s University in Edinburgh, which studied the effects of playing with toys with differences, on the attitudes of children without difference.

“Interviewing hundreds of children, she found that after playing with toys like the Sinéad doll, children were more open to forming friendships with peers with difference.

“That to me was so powerful, that a toy could be used as a tool to develop empathy and understanding of differences as much as a toy to bring joy, so we decided we would make it part of our mission to be more inclusive in our design.

“We’ve long-admired Sinéad and her activism and values, which are closely aligned with our own, and formed a friendship through the years, we were privileged to have Sinéad’s input, insights, design-eye and keen involvement as we collaborated on this project.”

The Sinéad doll was created in partnership with the charity, Little People of Ireland. €1 from the sale of each Sinéad doll sold on the Lottie website will be donated to the charity.

The Sinead Doll can be pre-ordered for €20 on www.lottie.com