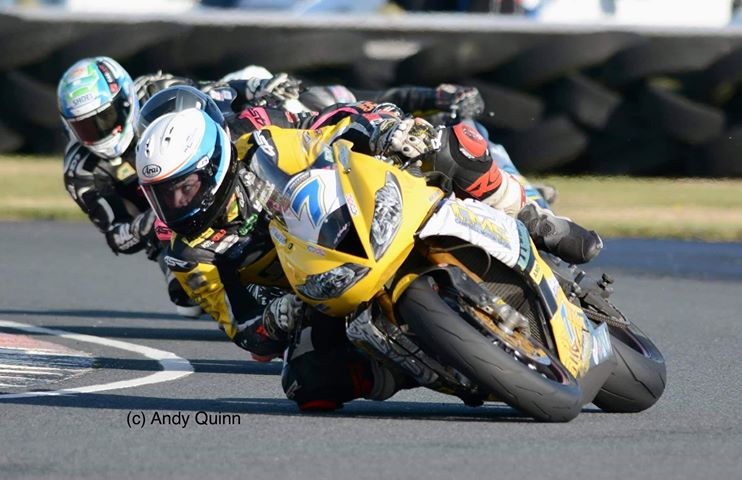 Richard Kerr ended his 2019 season in style with a double win at the Sunflower Trophy Races.

Kilmacrennan man Kerr was on board the Campbell Motorsport triumph.

Kerr was on pole position for both races after qualifying and was made to work hard for his victories.

Northwest 200 record breaker Alistair Seeley was runner up behind the young Donegal man in race one with Ross Patterson third.

In race two, Kerr got away in the lead but was closely followed by Eunan McGlinchey and Ross Patterson.

McGlinchey took the lead briefly but Kerr kept his composure and  passed the Ahadowey man with two laps to go and took the flag.

Richard also competed in the main Sunflower Trophy Race on his Supersport machine against the bigger machines and finished in a fantastic seventh position.