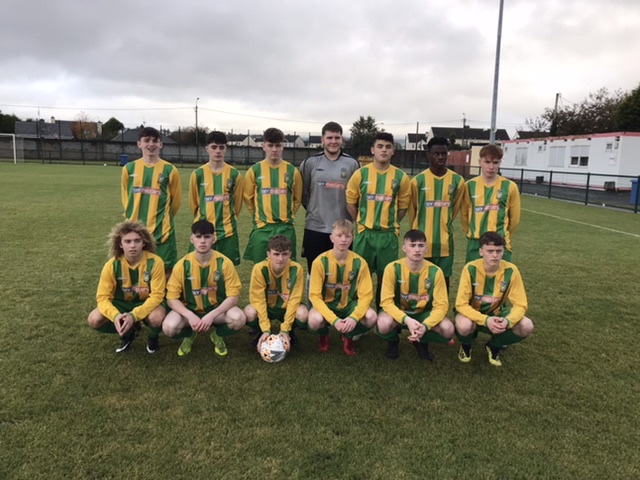 Two first-half goals by Leon Doherty and a late penalty by Jack Dwyer gave the Donegal League a deserved victory over neighbours the Inishowen League in the opening game in the FAI Inter-League Cup.

By Charlie Collins at Maginn Park

The home side should have been ahead inside 20 seconds, Caolan McColgan outpaced a somewhat static visitors defence, his lobbed effort beat keeper Matthews but hit the underside of the crossbar and Shay McLaughlin’s follow-up was blocked by Oisin Coyle when a goal looked certain.

Thirty seconds later we had a goal at the other end. Adam Yissau and Gavin McGee combined on the left and when the latter’s cross found Leon Doherty he finished well past Kyle Harkin to give Donegal the lead.

The visitors pushed on from there and Corey Brolly with a header and Nathan Plumb with a curling effort which Harkin tipped over both went close to extending the lead.

Inishowen gradually came back into it and were rewarded when McColgan flicked on a cross from the right and Shay McLaughlin drilled three ball past John Matthews to equalise in the 20th minute.

In the 30th minute Caolan McColgan shot just over but on the stroke of half-time Donegal regained the lead when Tyler Durning did very well on the left side and when his cross was only cleared to the edge of the box Leon Doherty controlled it well and found the bottom corner to leave it 1-2 at the break. 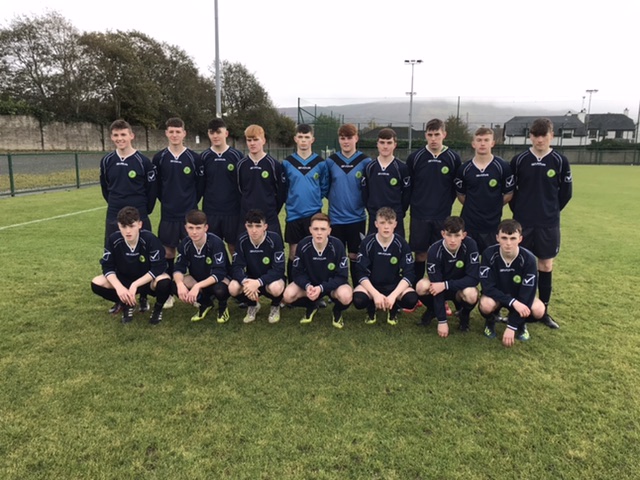 The opening fifteen minutes of the second-half was relatively quiet in terms of goalmouth action, Darragh Gillen shot just over for Inishowen in the 60th minute and referee Eamonn Doherty flashed a few yellow cards for a mixture of dissent and clumsy tackling.

Donegal produced three good moments in quick succession in the 70th minute, Leon Doherty and Jack Dwyer were denied by good defending and Adam Yissau’s goal-bound shot was deflected for a corner.

The Donegal lads continued to look the more likely to get that all important third goal and it arrived in the 87th minute when Tyler Durning was upended in the box after showing some brilliant footwork and Jack Dwyer drilled home the resulting penalty to make it 1-3 and game over.

A good away win for Eamonn McConigley’s team who will meet the Mayo League next on Saturday 23rd November at Diamond Park in Ballyare.