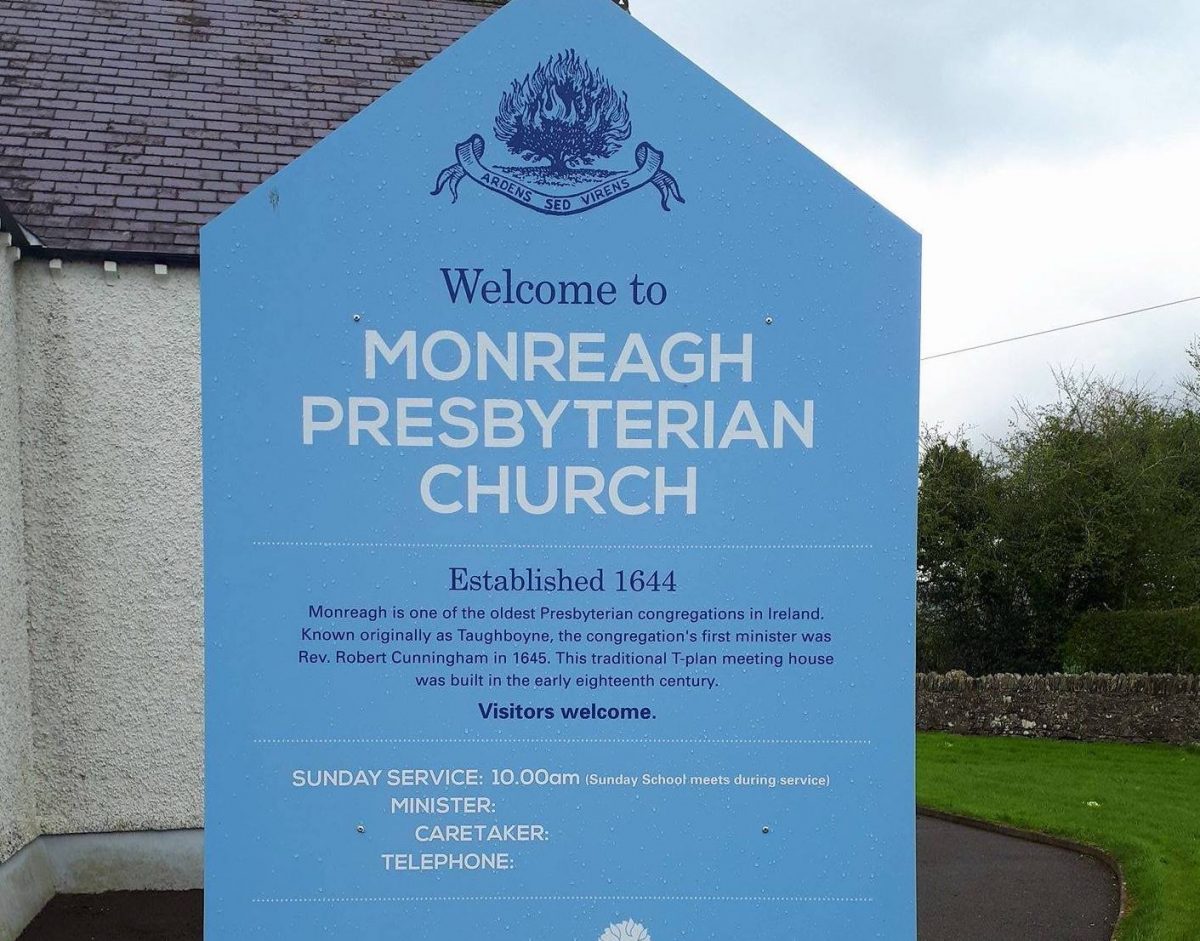 The new building, used by all faiths in the area, is a testament to the “incredible community spirit” in the area, Minister McHugh said.

The Presbyterian congregation gave the site and led the fundraising initiatives, including €100,000 given in interest free loans from several members of the congregation, to enable the vision to go ahead as a community outreach project.

However, the congregation has never had its own church hall – until this dream was realised this year after more than a decade of fundraising by the church committee.

Auctions, interest-free loans from the congregation, raffles and grants from the PA Foundation and the Leader Programme via the Inishowen Development Partnership all helped contribute to the new building which sits on the same extended site as the historic church, a national school, a Victorian Manse which now houses the Monreagh Ulster-Scots Heritage and Education Centre and a Caretaker’s house.

“I am delighted to officially open this wonderful new building which adds so much to the entire community here,” said Minister McHugh.

“The Presbyterian church has been at the heart of this community across five centuries, from the 17th century through to his 21st century, and the addition of the new church hall to the cluster of wonderful older buildings is the final piece in the jigsaw.

“I want to pay tribute to all those involved, the clerk of session, John Vance and church committee led by the project leader Ian McCracken for their dedication, not just to the vision of the Ulster-Scots Heritage Centre and the new national school here, but also the vision of adding such a wonderful new hall which now serves people of all faiths in the local community.

“That incredible spirit of people coming together for the greater good of everyone is the very definition of community and I want to salute every single person who contributed in any way to the success of all the projects here and I want to wish the Monreagh Presbyterian community the very best for the time ahead here in the Laggan Valley.”

Rev Dr David Latimer led a short service at the Church today with music from Monreagh National School and Keith and Winnie McCracken.

“Fundraising for the new hall dates back two decades and when our committee met in 2003 to explore building a new hall – for the first time in 375 years – they faced a daunting task,” said Rev Latimer.

“That hall committee has met hundreds and hundreds of times since with the very best news in the summer of 2017 when we were awarded €150,000 in Leader funding from the Inishowen Development Partnership.

“Everyone pulled together right across the community to help us realise the dream and today we have such wonderful facilities here which are used by everyone.”

Ian McCracken said: “The new Hall joins a new Primary School opened in 2012, the Ulster-Scots Heritage Centre, the Presbyterian Church and the old school to form a compact mini complex of buildings. The school is interdenominational and many events in the Church are attended by our Catholic neighbours and this is reciprocated.

“We have started to organise community activities and Bowls and Badminton are proving popular. Church members have given over €100 000 in interest-free loans for five years to enable the building of the community Hall to proceed. The local community of all denominations has taken great interest in the building.

“An Auction in April 2018 raised over €40,000 indicating a huge support from our friends and neighbours. This we appreciate very much and is evidence of the esteem in which our Catholic neighbours hold us.”