Here’s our latest Sports Person of the Week, in association with O’Reilly’s

IT WAS another close call – but we have a winner for the Donegal Daily/Donegal Sport Hub Sports Person of the Week, in association with O’Reilly’s.

AS Finn Harps won the U13 National Shield last Saturday, Shaun Patton scored twice. Patton netted a brace as Kevin McHugh’s young Harps came from behind to defeat Shelbourne 3-1 at the Diamond Park in Ballyare.

The goals took Patton’s total to 22 for the season. 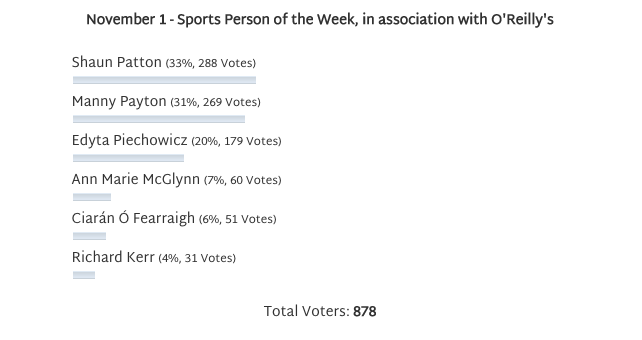