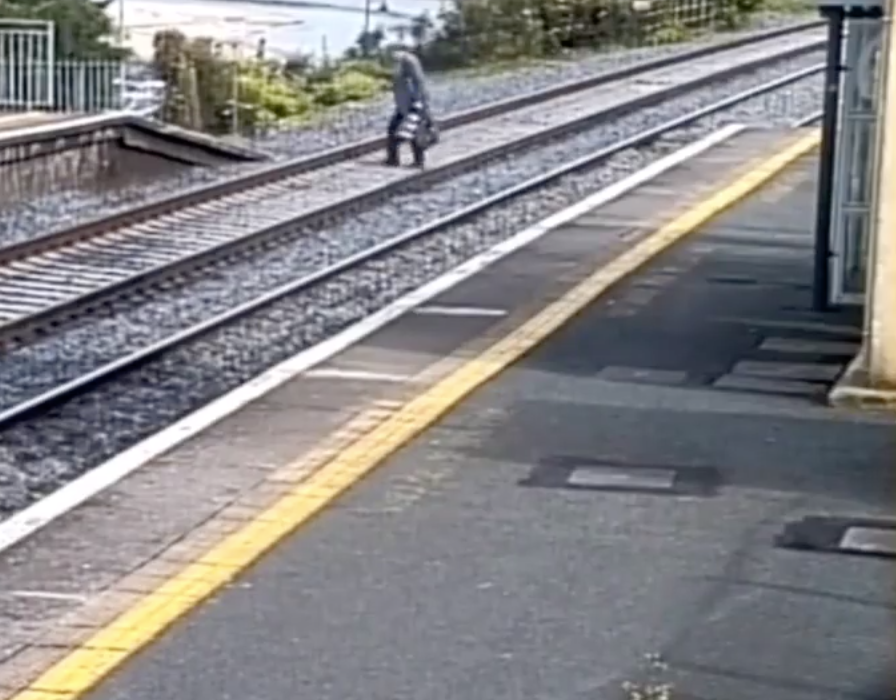 The video shows a number of near misses as people hop across rail lines to reach the other platform.

Irish Rail have condemned these actions and has called on the public to stay clear of train tracks or “it could be a shortcut to death’.

“If someone slips and falls on the tracks while attempting to cross like this a train would find it extremely difficult to slow down.

“A train can’t avoid you, it can only stay on the tracks.”