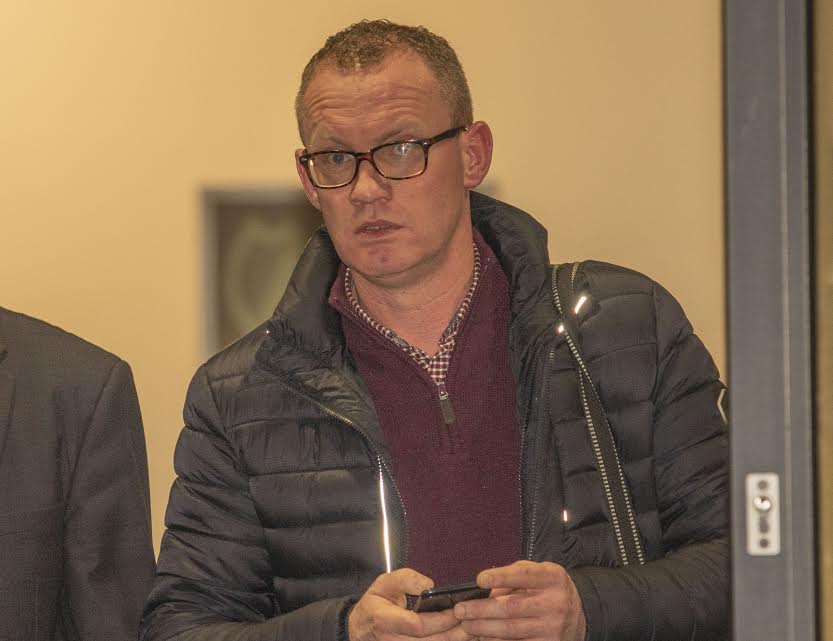 Man who threatened Letterkenny woman with knife to be sentenced

A Roscommon man who made threatening gestures with a knife while holding a Letterkenny woman against a cooker is to be sentenced this week.

Stephen Connor (42), of Tuam, Kilrooskey, Roscommon, appeared before Letterkenny Circuit Court on charges relating to the incident with Brid Pierce at Forwell, Letterkenny on May 5, 2018.

State prosecutor, Ms Fiona Crawford BL, said that Gardai arrived at the address at around 7.20, where they found Ms Pierce ‘visibly dishevelled with blood pouring down her’.

Knives were scattered on the floor and a clump of hair found in a zip-locked bag.

Connor – who was in a relationship with Ms Pierce from November 2017-March 2018 – had been living at the address until that morning.

After their relationship ended in March 2018, the lived together in a landlord-tenant situation. However, after Connor failed to pay for rent or food in three weeks, Ms Pierce asked him to leave and turn in his key.

Connor returned that evening at 5.20 and forced the door open, pushing Ms Pierce back into the house.

The Court heard that Connor picked up a small knife, saying ‘this isn’t a knife’ as he threw it into the sink. Connor then picked up another knife from a knife block, telling Ms Pierce, ’this is a knife’.

Ms Pierce said Connor had punched her so hard he lost his own balance.

When interviewed by Gardaí, Ms Pierce said she could ‘feel blood all over my face’ and made a ‘bolt for the door’ at this point. Connor caught up with her as she tried to open the gate, punching her to the back of the head’ and repeatedly punching her with a closed fist as she went to the ground.

Ms Pierce, in a victim impact statement, said that negativity had become a ‘constant companion’ and said she now ‘lived off the euphoria of having escaped’.

“I remember thinking that this was something that you read about in the papers, but that it couldn’t happen to someone going about their daily business in their home. Yet, it just did.”

Ms Pierce underwent counselling and outlined how how lives ‘an isolated, constantly scared existence where simple household tasks are a chore’.

In a single-page letter to the victim and her sons, Connor said he was unable to forgive himself for what happened.

Ms Lacey, Barrister for Connor, said her client ‘acknowledges and accepts the extreme seriousness’ of the incident and was ashamed of what happened.  Connor, she said, was a qualified accountant who had also worked as a brick layer.

“Alcohol has been a problem and that has brought him to this position,” Ms Lacey said.

“He is a good man, who has done a bad thing; a once-off bad thing. He wants to grasp every possible avenue available to him.”