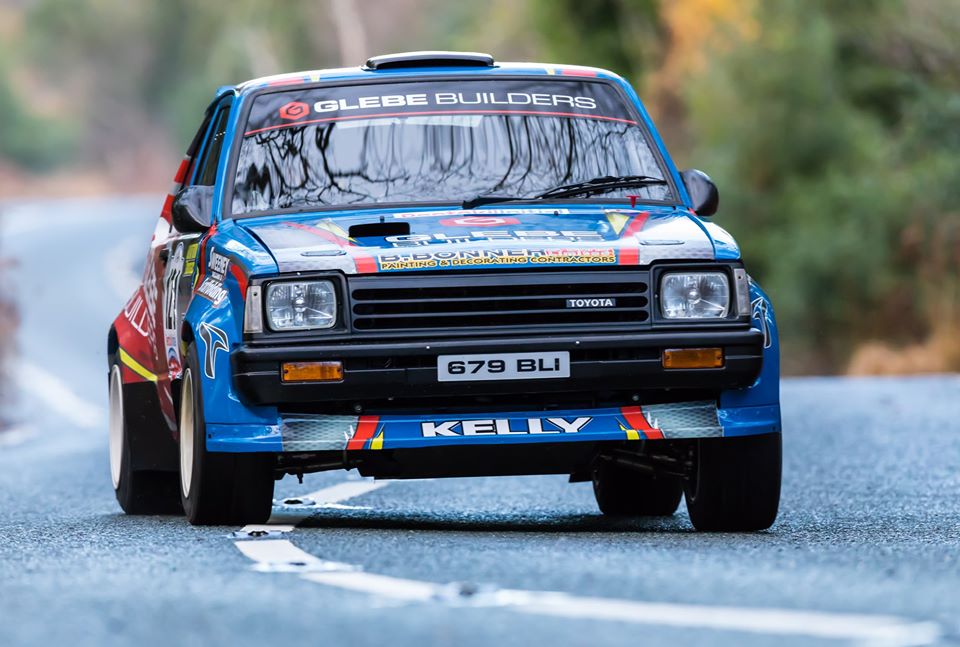 DONEGAL TOWN rally driver David Kelly has been nominated for this year’s Motorsport Ireland Billy Coleman Young Rally Driver Award for his performances in the period August to October.

Kelly took the overall junior win on the recent Fastnet Rally, adding to previous junior wins which he scored this year on the Cavan and Midland Stages events.

Kelly also claimed second overall in the junior section of Killarney Rally of the Lakes, as well as sampling competition outside Ireland where he took part in four rounds of the BTRDA Fiesta ST Trophy.

David started his motorsport career in the co-driver’s seat in 2011 before making the switch to the driving seat in 2013. Starting out in a Peugeot 205, Kelly moved up through the ranks progressing into a Honda Civic and then a Citroen C2 R2 before stepping into a Toyota Starlet.

With the 2019 season all but finished, Kelly has purchased the latest specification R2T Ford Fiesta from M-Sport and ahead of using the car in anger next year, he has a number of testing days planned and he aims to compete in some navigation trials in a left hand drive car to get used to the switch. Indeed Kelly finished as top novice on the recent Monaghan Navigation Trial.

When he isn’t competing, Kelly works in the family business as the purchasing manager.

They run a contracting firm and work throughout the country building commercial properties for a number of clients and private developers.

David’s long term sporting ambition is to compete in the British Rally Championship in an R5 car. Having competed on a number of British events this year, it has made Kelly want to go back and do more. He would love to do the Junior World Rally Championship but admits that the costs involved are substantial.

Over the past two seasons, Kelly has started over 20 events and he acknowledges that only for his sponsors, none of it would have been possible, especially the support from local companies in Donegal including Glebe Builders, Gortlee Tool Hire, Bonars Quarry, Donegal Hardware and Sweeney Scaffolding.

Kelly’s nomination means he is the eighth driver to be nominated for this year’s Billy Coleman Award as he joins other monthly qualifiers Josh McErlean and William Creighton as well as automatic championship winning nominees; Brian Brady, Derek Mackarel, Shane Kenneally, Nigel Roche and Stephen Reynolds.

A wildcard selection will be made in the coming days by a separate judging panel, meaning that nine drivers will be in contention for the award in 2019.

The winner of the Motorsport Ireland Billy Coleman Young Rally Driver of the Year Award will now receive €100,000 worth of support to contest rallies nationally & internationally in 2020.

Coupled with Sport Ireland and Motorsport Ireland’s €50,000 investment, a further €50,000 has been pledged by the Team Ireland Foundation.

The award winner will also receive the assistance of Billy Coleman co-ordinator, Sean McHugh. Additional support from the Motorsport Ireland Rally Academy as part of a training and development plan to further the winners’ career will also be available and the winner may apply for funding for a second year of support upon satisfactory performances in their award winning year.

Both of the award runners up will receive support to compete in stage rallies at home and abroad up to an amount of €15,000 each.