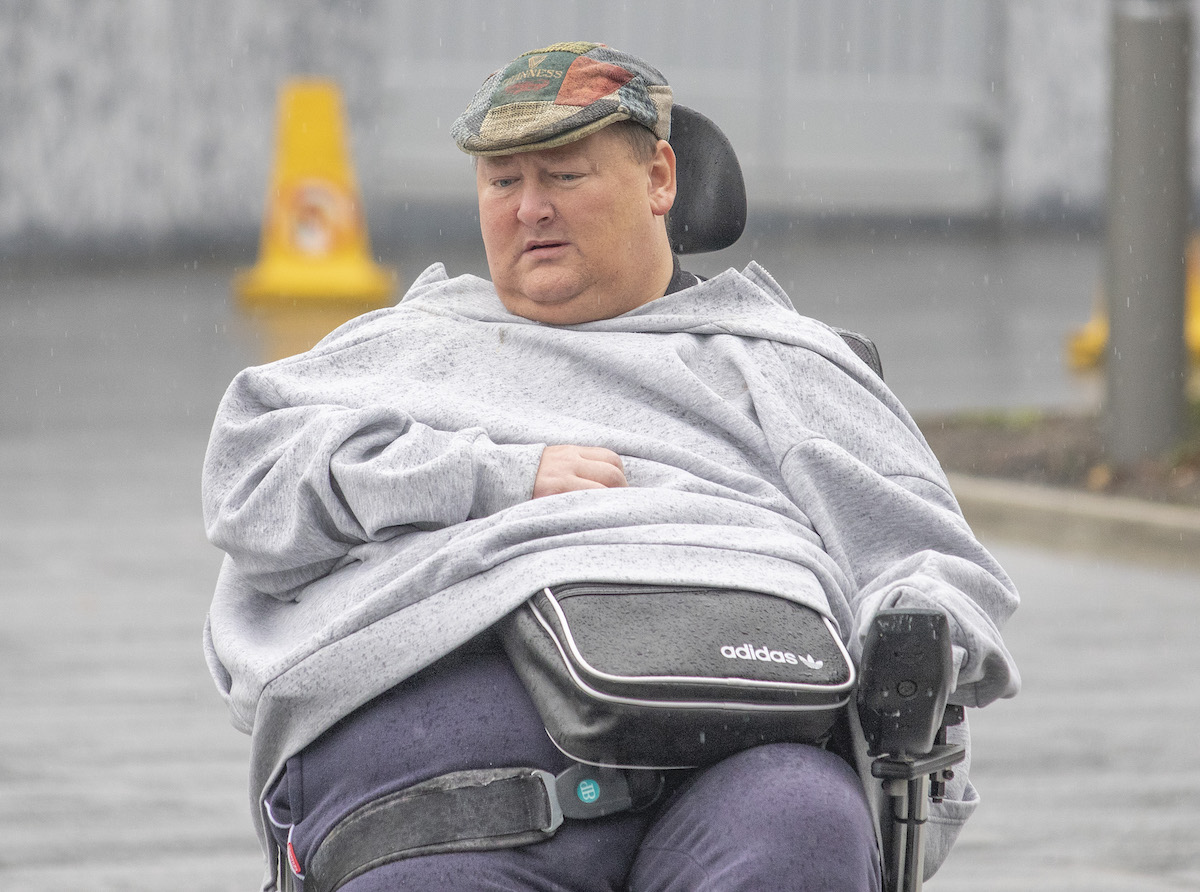 A FORMER youth footballer faced his coach who sexually assaulted him, as the ‘sick and evil actions’ were recalled in court.

John Paul Foley, who has waived anonymity, recalled how he has been dealing for 25 years with the actions of his former coach, Michael Murray, who appeared before Letterkenny Circuit Court in relation to the incident.

Mr Foley was between 10 and 12 years of age and a player at Rosslare Strand FC in Wexford when the assault took place.

Murray, now 49 and living at a nursing home in Letterkenny, has four previous convictions, arising from four counts of indecent assault on a victim dating back to 1989 in Derry.

The Court heard that Mr Foley joined Rosslare Strand FC when he was nine and how they used to train on the pitch at the community centre every Saturday.

He remembered Murray as being known by the nickname, ‘Derry’, where the former coach is originally from.

Mr Foley recalled being brought into the community centre by Murray and taken onto the stage. Murray sat on a chair and instructed Mr Foley to sit on his knee before removing his tracksuit bottoms and underpants and sexually assaulting the young footballer.

Mr Foley recalled being startled when he thought he heard the door open and ran out. He believed that he would ‘get into trouble if I told anyone’.

Mr Foley left Rosslare Strand FC and transferred to another club in the area a short time later.

Murray was arrested at Hillcrest Nursing Home, Letterkenny on August 24, 2017 and later admitted to the charge.

“The abuse act itself mightn’t have lasted for a long time but, for me, it’s something I have been dealing with for 25 years,” Mr Foley said in court.

He told Murray: “I could stand here today and tell how my childhood was taken away by your actions, but it wasn’t just my childhood.

“You took away my adult life when you took advantage of your position. You left me feeling numb.

“For years, I blamed myself for the events of that day, asking myself why didn’t I fight back or why didn’t I tell someone? Hopefully, now I will be able to let things go and put my mind to rest.

“After you did this, I thought: ‘Who can I tell? Who will believe me? Who will believe a boy over a grown man?’ In the mind of a child, I thought that I would be in trouble and I pushed what happened to me way inside of me and pretended that it didn’t happen.

“To this day, if I’m in a crowd or someone is standing too close to me, it brings me back to that day and I get the fear again of being back to being that small, scared boy again.

“Today, things are different. I’m not the boy who looked up to you – I’m a grown man looking down on you, knowing that my life will get better knowing that you, Michael Murray, are finally being held accountable for you sick and evil actions.”

Mr Foley told how he underwent treatment for depression and it was during this period in 2016 that he first began to talk about the abuse.

He said: “When I finally informed my parents, in August 2017 of what had happened, their response was to blame themselves. I had to watch my mother and father cry because they felt guilty for not being there to protect me and apologise for it. No parent should have to have to feel that way.”

“He wishes, for what it might be worth, to unreservedly apologise for the devastation he has so obviously caused,” Mr McGee said.

The Court heard that Murray had himself encountered sexual abuse as a child, aged eight at the hands of a contemporary of his father and by a boy who was older than him. Murray’s brother died after being struck by a British Army vehicle on Easter Sunday, 1981.

Murray now uses a wheelchair and has been in nursing home care since 2011 and had ‘very demanding and increasing needs’.

He requires dialyses three times a week, suffers from diabetes, and an inflammatory disorder that has left him morbidly obese. In 2017 he had an above-knee amputation of his right leg.

Mr McGee said: “He sees his current situation as retribution and the life sentence he deserves.”

Judge John Aylmer asked for the state prosecution to establish whether the prison service has the capacity to deal with someone such as Murray, who is receiving life-maintaining treatment.

The matter was adjourned until January for the imposition of a sentence. Judge Aylmer said that his starting point would be a ‘significant custodial sentence’.