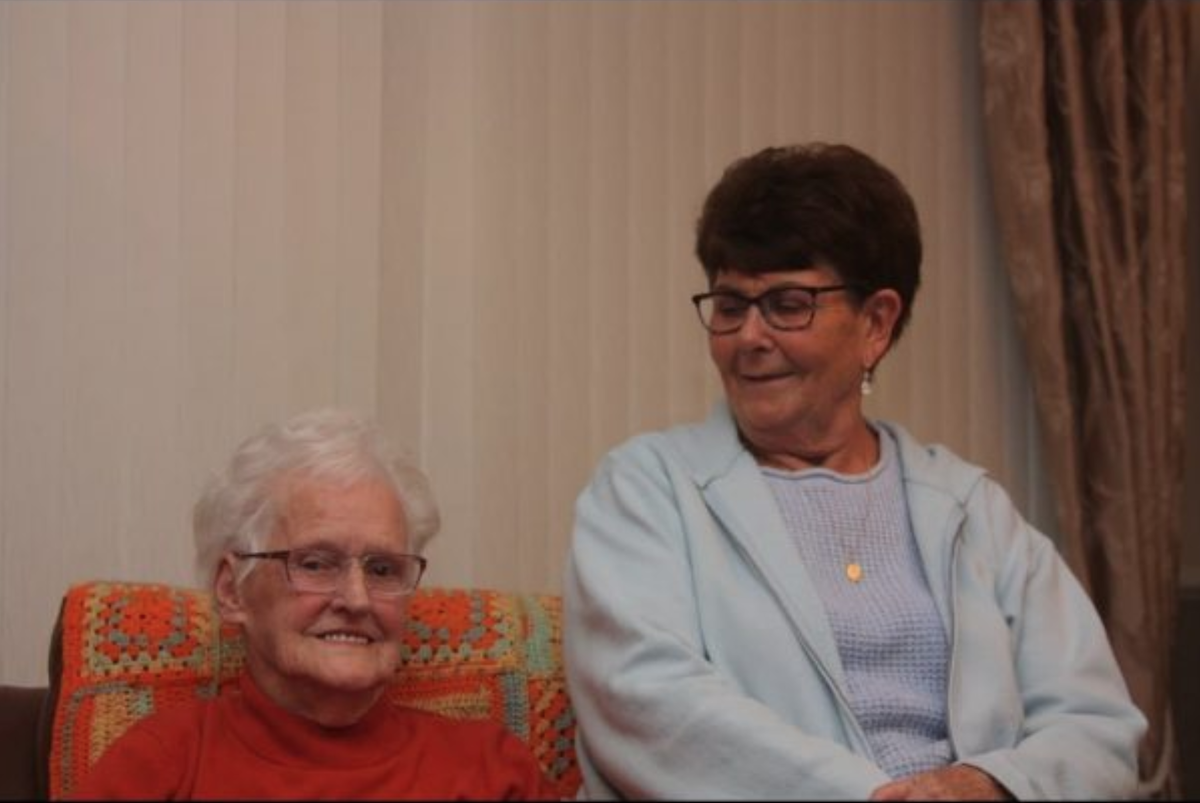 Mrs Doherty, who is originally from Hornhead near Dunfanaghy in Co Donegal, was a mother of eight and was pre-deceased by her husband Jim.

The former peace campaigner passed away on Sunday last, November 10, at Altnagelvin Hospital.

“A much-loved grandmother and great- grandmother. Deeply regretted and will be sadly missed by all her family circle. Sacred Heart of Jesus, have mercy on her soul. Our Lady of Knock, pray for her.”

With four other local women, Mrs Doherty played a pivotal role in Derry’s Peace Women group from the early 1970s.

With Eileen Semple, Margaret Doherty, Mary Barr and Harriet Hippsley, she led a drive for peace amongst some of the most horrific episodes of the Troubles in Derry.

The five women were moved to act in 1972 after the events of Bloody Sunday and the subsequent Official IRA killing of Creggan-born soldier Ranger William Best in May that year.

All of the women, who lived in the Bogside or Creggan areas, met at a protest the day after William Best’s killing.

Such was the revulsion in Derry over his murder, the Official IRA announced that they would only engage in defensive actions against the British Army.

The women also tried without success to seek a similar announcement from the Provisional IRA.

During the same period, the women also met with then British Secretary of State William Whitelaw and assured him that they had the support of thousands of people living in their districts.

To prove their point, they organised a petition with 20,000 signatures.

The same year the women also travelled to Dublin in the hope of meeting with Provisional IRA chief of staff Seán MacStíofáin or Sinn Fein president Ruairi O’Bradaigh, but whilst in the Dail met with boxer Muhammad Ali, well-known for his civil rights campaigns.

In November 1972 the women met with then British Prime Minister Edward Heath, but their efforts also resulted in them receiving threats.

Margaret Doherty and her family were forced out of their home after an explosive device was placed outside her home in Creggan.

The women hit back in a statement which read that they “do not take sides with the Army or the IRA” and that “everyone who agrees with us should be able to express their views freely and should do so without fear.”

John Hume came to the women’s defence by stating that “the objective that these ladies sought was an honourable one.”The women also tried to help the young men from Derry who had fled over the border by making arrangements for some to be employed in the Republic.

And on September 4 they organised a similar rally to be held on the Craigavon Bridge. Both Corrigan and Williams were in attendance and principal speakers.