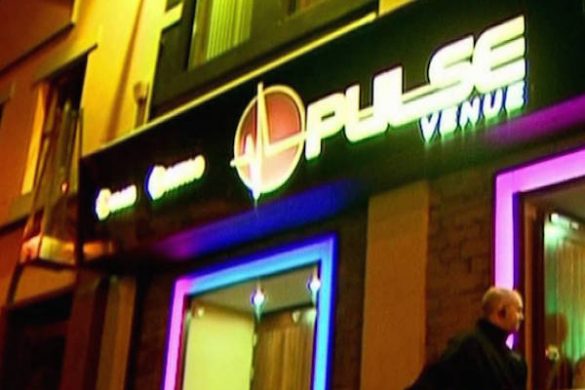 A High Court judge has dismissed an action against a Letterkenny nightclub after a woman claimed she had slipped on a tiled area of the premises which had been wet with spillages.

The plaintiff, Grace Brown from Castlederg, suffered a double fracture to her leg following the accident three years ago at the Pulse nightclub.

Mr Justice Senan Allen heard that the accident had occurred at 2.53.a.m. on the date in question and the plaintiff had undergone three separate operations on her leg.

“She felt her foot slipping from under her,” Richard Lyons, S.C. for the plaintiff, stated, adding that there had been a “number of spillages” on the floor area where she had fallen. “She clearly had fallen on a wet floor,” he said in opening the case.

In her evidence to the court, the plaintiff, Grace Brown, who was working as a care assistant at a nursing home in Castlederg, recalled October 23rd, 2016, when she was among a party of thirty who arrived by bus for the 30th birthday celebration of her sister at the Pulse night club in Letterkenny.

They had pre-booked the V.I.P. area in the premises where another party, she believed, was also in progress.

She had been standing in the bar area “chatting and laughing” and was hugging another party-goer when she felt her foot slip from under her and they both ended up on the floor. Part of the floor area was carpeted while the area in the vicinity of the bar was tiled.

“I was screaming out in agony,” plaintiff declared. “I remember lying there for a long time and people shouting for an ambulance.”

Eventually, she had been carried over to the seating area by family and friends. Nobody from the nightclub staff had come near her, Ms Brown insisted.

When the ambulance arrived within the hour, the plaintiff had been helped on to the stretcher and taken to Letterkenny Hospital. She had undergone surgery the following day after suffering a double fracture to her ankle.

She had been forced to take time off work and told the court she still felt sore after a twelve-hour shift. She had also been left with a “big scar” which impacted on what she wore.

“In my career, it has set me back a lot,” she indicated.

Under cross-examination from senior counsel, Noel McCarthy, the plaintiff claimed that the two barmen on duty in the area and the bouncer had all declined to help her following her fall.

Defence counsel stated that she had told the ambulance men that she had “stumbled” and gone over on her ankle.

She had not initially informed anyone that her clothes were soaking as a result of what she had claimed was the floor being wet.

CCTV footage was shown to the court where the plaintiff was seen hugging one of the women at the party before the two of them fell to the floor.

Mr McCarthy pointed out that the owner of the premises, Mark Crossan, had been on the scene “almost within a minute” of the accident occurring.

Plaintiff, however, insisted that he had refused to get an ambulance and had done nothing to help her.

Asked if she had stated that she had slipped in the hope of getting some compensation, Ms Brown said: “No.”

Plaintiff was also asked why she had indicated in a statement that the accident had occurred at 12.20.a.m. when it had happened over two hours later at 2.53.a.m.

The plaintiff’s sister, Sinead Lynch said she had turned and saw that Grace had fallen to the floor. “She was in agony, she was in so much pain.”

Witness had got the feeling that the staff just wanted them out of the premises after the accident. Asked if any member of the staff had engaged in a conversation with her, she replied that nobody had.

Also giving evidence, Stacy Neeson, who had also attended the party, said she could not recall any member of staff cleaning up in the area during the night.

Kieran Gallagher, chartered engineer, said he had viewed the CCTV footage and there had been no evidence of anyone cleaning up with a mop or a blue paper.“There is evidence of drink being spilled,” he stated.

People could be seen in the dancing area of the VIP lounge holding drinks and spilling them.

Relating to the plaintiff’s fall, Mr Gallagher said there had been a “sudden movement” and her right foot had slipped prior to her falling.

The court heard that the premises had an accident prevention procedure document which indicated that the floor would be dried with blue paper every twenty minutes.
Pressed by defence counsel, the witness conceded that the CCTV footage did not include anyone pointing to liquid on the floor. He also agreed that the plaintiff had never said that her clothes were wet after the fall.

In his evidence, Mark Crossan, owner of the Pulse nightclub, said there had been 601 people in the premises on the night which was quiet for a Saturday. Between the two parties, there were approximately fifty in the VIP area.

Confirming that he was on duty on the night, he said he was normally in the camera room where there was a bank of ten screens. They operated sixty cameras in total in the premises.
It was while in the camera room that he became aware of the accident in the VIP area and he had made his way there. He had checked the tiled area and the shoes the plaintiff had been wearing. The floor area had been dry, he reported.

“I always check the floor,” said Mr Crossan who added that he was very conscious of claims.

He had called the ambulance on the night at approximately 3.20.a.m. and it had arrived close to 4.a.m.

Nobody in the party group had made a complaint to him, he stated.

Cross-examined by Miriam Reilly, S.C., who said the CCTV footage didn’t show him checking the floor for spillages, defendant said he would have “run my eye over it.”

When pointed out to him that there had been no evidence of any member of staff checking the floor, Mr Crossan said if they had observed a spillage they would have cleaned it up.

‘The system had completely fallen down that night,” it was suggested to him.
“I don’t agree,” said defendant. “I’m happy enough with the system. We’re a long time in business,” he added.

Further evidence was given on behalf of the defence by engineer, John Mooney who said he had carried out a slip test on the floor in both a wet and dry situation and it had been satisfactory.

Stating that he had viewed the CCTV footage, the witness said he could not agree that the plaintiff’s right foot had slipped. “The other person appeared to stumble,” he argued.

He told Mr Lyons, representing the plaintiff, that if somebody had been off-balance the floor surface would not have made a difference.

Dismissing the case against the nightclub’s owner, Mr Justice Allen said there had been no requests made by the birthday party guests in relation to drying the area of the floor where spillages were said to have occurred and nobody had pointed to the floor after the accident.

Critically, the case rested, he said, “almost exclusively” on the video footage which showed Ms Brown hugging another woman in the bar area. Plaintiff had been attempting to steady herself against the bar after being caught off balance when the two women fell onto the floor.

“I’m not satisfied that she slipped,” Mr Justice Allen indicated.

The nightclub’s protocol for drying the floor did not appear to have been adhered to but it had not been relevant in relation to the accident and Ms Brown had fallen on the carpeted area.

He subsequently dismissed the action.